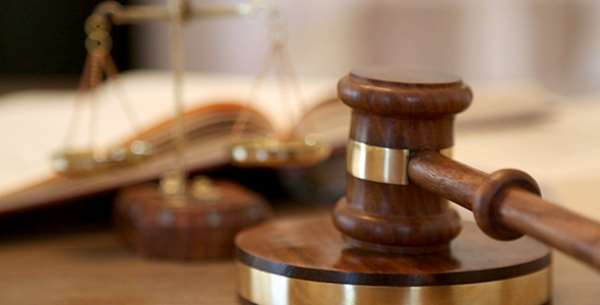 An Accra Circuit Court has remanded a fake soldier for allegedly defrauding three nurses under the pretext of getting them enlisted into the Ghana Armed Forces.

Prince Essel Ferguson, who posed as a military captain with the name Dankwah, pleaded not guilty to conspiracy and defrauding by false pretence.

Colonel Samba and Majeed, both claimed to be soldiers, are his two accomplices, but currently on the run.

He said Ferguson lived at Papase-Kasoa in the Central Region.

In August 2019, Ferguson met one Madam Leticia Lewah, a Senior nurse, at the Korle Bu Teaching Hospital, who is a witness in the case and asked her for assistance.

He introduced himself as Captain Dankwah attached to the Military Intelligence Unit and currently on Peace-keeping in Sudan.

The Prosecution said he further told Madam Lewah that he was at the Korle Bu Teaching Hospital to investigate a newly recruited doctor into the GAF.

Inspector Ahiabor said they later exchanged phone contacts and two days later, he called her and asked whether she had relatives who were interested in being enlisted into the GAF.

Madam Lewah, he said, replied no but the accused informed her that he had been given three slots that he could help enlist.

The Prosecutor said, Madam Lewah also informed the three complainants who were her subordinates about the said opportunity and they expressed interest.

He said Ferguson was introduced to them as Captain Dankwah, where he asked each of them to pay GH¢300.00 for the Military recruitment form through his mobile money contact.

In the same month, Ferguson met Gazari at Bukom and filled the forms for him whilst those of Nyamadi and Tetteh were filled at the Kwame Nkrumah Circle and Sukula, all in Accra.

He again asked them to pay GH¢8,000.00 each to enable him settle some Army Commanders but the complainants became suspicious and informed Madam Lewah and she reported it to the Military Police at the 37 Military Hospital.

Inspector Ahiabor said he was lured to come for the remaining money, where he was arrested and handed over to the Police.

During Investigations, he mentioned his alleged accomplices as Samba and Majeed who were behind the deal.