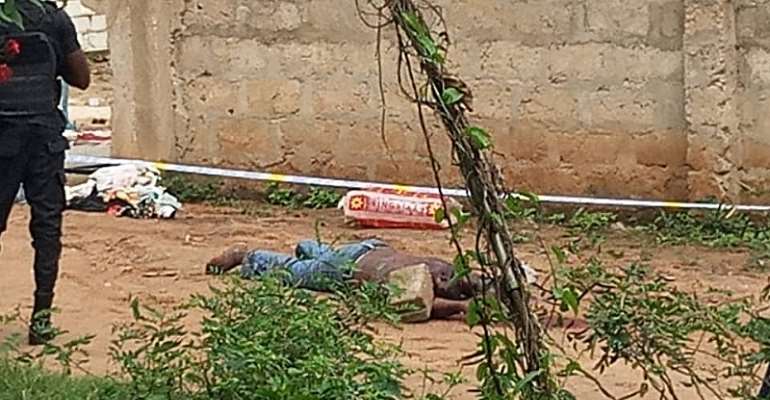 Information emerging in the aftermath of the death of Gyaasehene of Gomoa Akramang yesterday in the Gomoa East District of the Central Region, Nana Egyir Ahor I, has generated excitement and glorious moment among residents.

According to some residents at Gomoa Akramang, the chief has been a pain in the neck describing him (Nana Egyir Ahor I), as a troublemaker.

Nana Agyir Ahor I, was murdered by some unknown assailants numbered over 35 yesterday at 8:00am. The police has commenced investigations into the matter but yet to make any arrest.

The chief was stoned to death after several gunshots proved futile. The gruesome murder, information says he was dragged from his wife and children to the streets where he was murdered.

Nana, information say pleaded with the gunmen to spare his life after the supposed talisman failed.

Earlier reports suggest he was shot dead in a suspected reprisal attack incident.

According to the police, Nana Egyir Ahor I, as attacked by a mob from the Akramang community after he allegedly shot and injured someone in the community on Saturday evening.

Meanwhile, checks by the Kasoa Divisional Police Command on the victim allegedly shot by the Chief revealed he has absconded the trauma centre of the Winneba Government Hospital. It is unclear the sudden development by the victim.

The police however is on a search and is appealing to other private health facilities to be on the lookout for a suspicious gunned man.