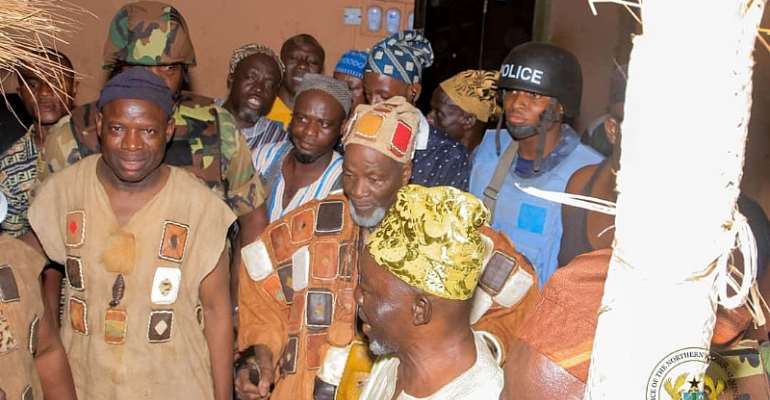 The Northern Regional Minister, Salifu Saeed , celebrated this year’s ‘Bugum’ also known as fire festival with the overlord of Dagbon, Ya-Na, Abukari Mahama II, at his Gbewa palace in Yendi.

It was full of joy and excitement as the youth for the first time witnessed and celebrated the fire festival with a sitting overlord of Dagbon.

The fire festival led to the demise of late overlord of Dagbon, Ya-Na, Yakubu Andani in 2002.

For over 17 years , Dagbon did not celebrate fire festival with a sitting overlord due to the Dagbon Chieftaincy crisis but for the restoration of peace in Dagbon, the Ya-Na, led the people of Dagbon to light up their thatch for the celebration of fire festival at the Gbewa palace in Yendi.

The people of Dagbon , were given the opportunity to celebrate the rich culture of Dagbon due to the peace restored by President Nana Addo Dankwa Akufo-Addo.

The Northern Regional Minister addressing journalists, said the fire festival was one of the old aged festivals of Dagombas. 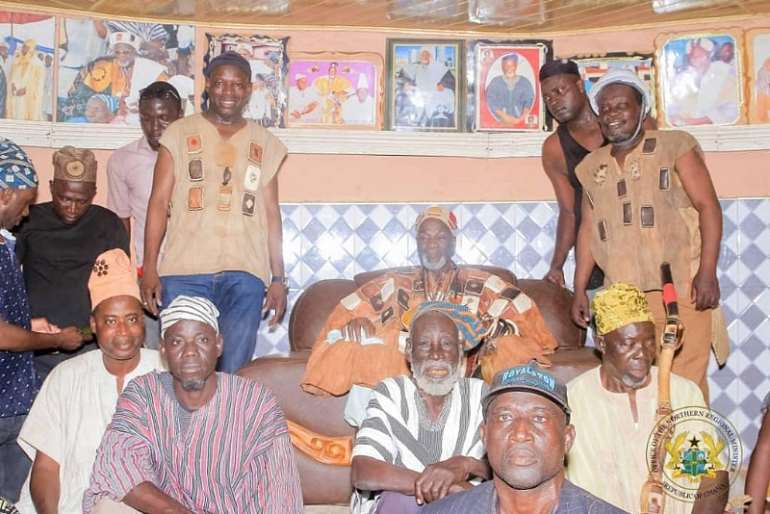 He commended President Akufo-Addo and Chiefs of Dagbon for collectively bringing back total peace to Dagbon for the youth to witness this years fire festival.

“For 17 years, we haven’t had fire festival celebrated by a living Ya-Na , so today is a very significant day and we are here to celebrate with the King of Dagbon,” he said.

He was optimistic that the peace in Dagbon will be sustained and that Dagbon will witness massive developmental projects across the region under the Akufo -Addo led administration.

Mr. Saeed called on investors to visit the region and take advantage of the vast lands and other investment opportunities in it.

‘Bugum’ fire festival is celebrated in the first month of the Dagomba lunar year, as well as the fire month celebrated on the ninth day of the month.

The origin of the festival dates back to the time the Prophet Noah landed his Ark on Mount Ararat.

The Dagomba tradition, explains that when the Ark of Noah landed at the end of the floods the passengers lit torches to find their way around and also to find the son of prophet Noah who failed to enter the Ark when it set out with the believers.