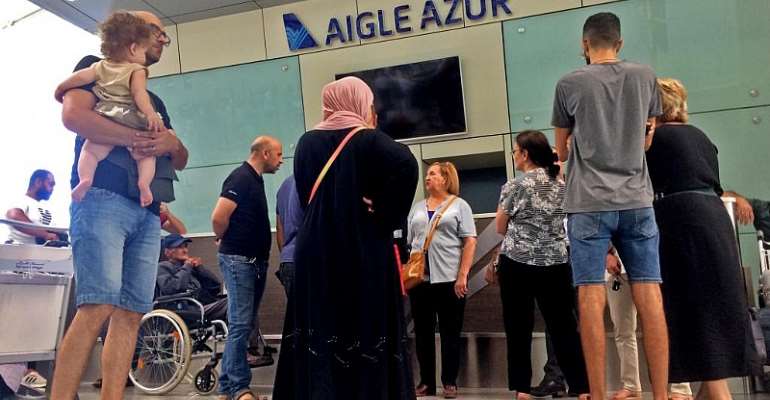 France's Aigle Azur airline has received 14 takeover bids as it seeks to stave off a collapse that would put its 1,150 employees out of work, but it said all would have to be improved because they aren't "feasible" for now.

"These takeover offers for the company all need to be refined and are not feasible in their current form," the company said late Monday.

Some 13,000 passengers, mainly on the airline's core Algeria routes, remain stranded after Aigle Azur filed for bankruptcy last week and cancelled all flights as of Friday night.

A new works council meeting has been set for Friday, ahead of a court hearing on Monday, to evaluate improved offers due later this week.

Air France, the country's flag carrier, has tabled an offer, though it declined to elaborate on whether it was for the entire airline or only specific assets.

EasyJet confirmed in had lodged a bid, as has fellow low-cost operator Vueling, union sources said.

The Dubreuil group, which owns Air Caraibes, said it too it had made a bid, as has Lionel Guerin, the former CEO of Air France's low-cost subsidiary Hop.

"Obviously there are two main activities: the long-haul flights, which would interest Air Caraibes, and then the core France-Algeria and France-Maghreb operations, which would interest candidates like Air France," France's secretary of state for transport, Jean-Baptiste Djebbari, told France Info radio on Monday.

Aigle Azur operates 11 planes but unions say potential suitors are likely to be most interested in its landing slots at Paris Orly, the city's second-biggest airport, after Charles de Gaulle.

Aigle Azur transported last year some 1.9 million passengers, with destinations in Algeria making up half of its operations that brought in 300 million euros of revenue.