Taliban warn suspended peace talks will only hurt US 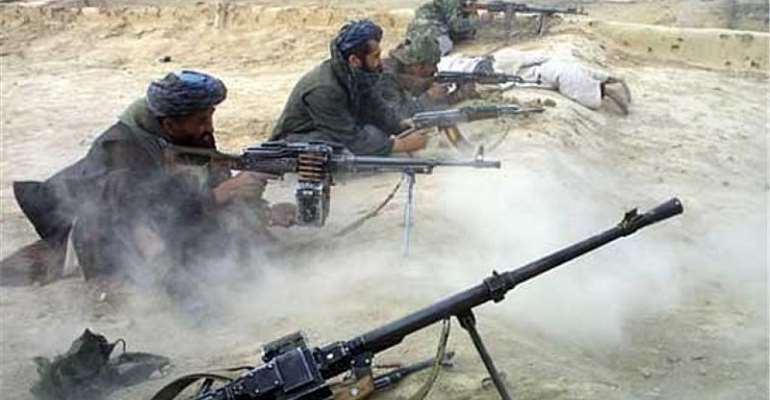 Afghanistan's Taliban have condemned US President Donald Trump's decision to suspend peace talks with the group – after they claimed responsibility for an attack in Kabul that killed a US soldier.

As well as pulling out of talks with the Taliban, Trump also called off secret meetings that had been planned with Afghan President Ashraf Ghani at Camp David on Sunday.

The Taliban warned the move would only hurt the Americans, adding that they'd been happy with the progress made thus far.

“This will lead to more losses to the US; its credibility will be affected, its anti-peace stance will be exposed to the world,” said Zabihullah Mujahid, a spokesman for the Taliban.

The suspension throws into doubt last week's draft deal agreed between the US and the Taliban which would have seen a major US troop withdrawal – offering Washington an opportunity to end its longest-running conflict.

The result of nine rounds of peace talks in Qatar, the agreement would have paved the way for the closure of five American bases within 135 days. It did not, however, include a ceasefire.

In exchange for some 5,400 US troops leaving, the Taliban were to guarantee that Afghan soil would not be used as a base for terrorist groups such as al-Qaeda and the so-called Islamic State seeking to attack the West.

“The problem is that this is a power struggle between Taliban insurgents and foreign envoys,” says Afghan journalist Bilal Sarwary. “It's very much a fight for leverage … Afghans and the Afghan government have been excluded.”

There's been mixed reaction from the Afghan people to the breakdown in talks, with many worried there will be an increase in the almost daily violence.

“We have to remember the realities on the ground and the fact Afghans are being killed in large numbers,” he says. “The people of Afghanistan continue to demand a ceasefire as the number 1 pre-condition in order for talks to be meaningful.”

The breakdown in talks comes as Afghanistan prepares to vote in presidential elections on 28 September. Ashraf Ghani is seeking a second five-year term.

The Taliban – who now control more territory than at any time since their overthrow in 2001 – have already announced plans to target the polls.