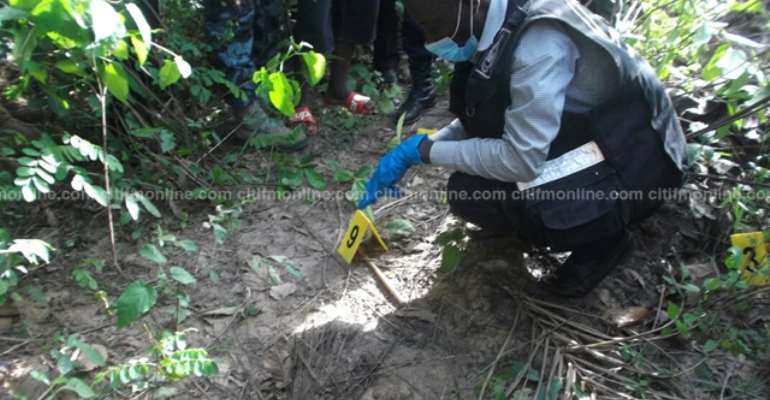 The family of the slain Gyaasehene of Gomoa Akraman in the Central Region, Nana Ahor Egyiri I, are trusting the police to arrest the perpetrators of the heinous crime as soon as possible.

Nana Egyir Ahor I was shot dead in a suspected reprisal attack incident, following reports that he had attacked someone earlier.

A brother of the deceased, Joseph Ahor Kpessah, told Citi News that they have reason to believe that the gruesome act was perpetrated by a number of people.

“I think that that one person or two people could not have killed my brother. They were plenty. Maybe in one week time, they should arrest [the murderers].”

Sources close to the incident told Citi News that a group of men attacked the chief in the early hours of Sunday but were however not sure if his death was orchestrated by the same attackers.

Joseph Ahor Kpessah said he heard of his brother's death through a friend and quickly rushed to the scene only to find him in a pool of blood.

He also said cars belonging to his brother were damaged by the unknown assailants, adding that his fence wall was all destroyed.

“When my friend called me, I rushed to the scene and found my brother lying in a pool of blood half naked and I also saw some stones around him with blood around it so I think they used the stone to hit him.”

“When I got to his house I saw his cars and fence wall all broken but I think this act was not committed by an individual but a group of individuals,” he said.