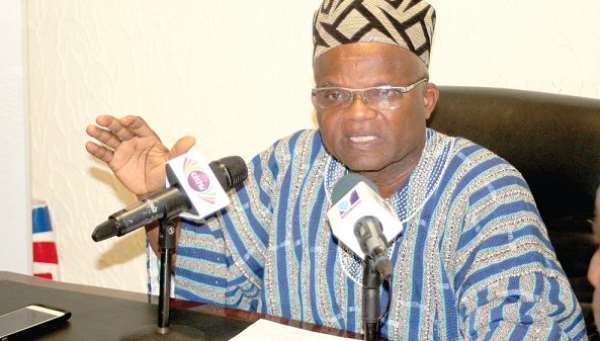 The Head of Local Government Service, Dr. Nana Ato Arthur has mounted a spirited defense for the election of Metropolitan Municipal and District Chief Executives (MMDCEs).

He believes that the election of MMDCEs will accelerate local government development and ensure better accountability to locals.

“But today we are talking about downward accountability through election of MMDCEs. How will you be able to respond to the cries of the people in the local assemblies? You will know for sure that if you fail one way of the other you will be out… We should also be able to deliver the public service that we need to deliver. I am of the view that if you are elected you can perform better,” Dr. Ato Arthur was speaking on Citi TV’s ‘ The Point of View’ on Monday.

He said the election of MMDCEs will also ensure the security of tenure that has embedded in it a focus on the needs of local communities.

He told host, Bernard Avle that the appointed MMDCEs are often insecure because they may be sacked at any time by the president who appoints them hence focus their work on pleasing the sitting president however when they are elected this will change.

Dr. Ato Arthur said since they will now derive their powers from the local communities, they will be forced to ensure that the development needs of the locals are met.

Ghana is on course to see to the constitutional election of Metropolitan Municipal and District Chief Executives.

The government has activated a process to amend two clauses in the Constitution of Ghana to pave the way for the election of MMDCEs and to allow for political participation at the local level elections.

Also, the Electoral Commission has announced December 17, 2019 for the referendum on the election.

Political parties, as well as some Civil Society Organizations, have welcomed the referendum and are urging Ghanaians to vote in support of the election.

Although some have argued that the election may bring a problem of excessive expenditure on politics at that level and may eventually lead to corruption, many stakeholders believe it remains a better option.