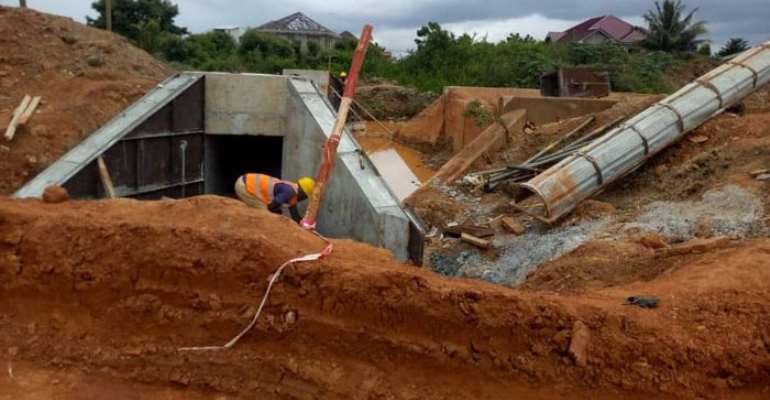 Some angry residents of Zongo junction at Afienya are asking government to complete an access road connecting Tema to the Mpakadan railway line or create an underpass for them to end their movement challenges.

According to the residents, the project has completely cut them off from other communities as vehicles can no longer drive through the community.

“The road has been here for a very long time. When they did the railway, they blocked it. And so we need an underpass to Sabon Zongo. Our children are falling down, our wives are getting injured here and cars are getting accidents here. Motorbikes are also tumbling here and it is very bad. We have a nearby school and every day the pupils suffer to get to school,” a resident said.

Another said, “We don’t want to be hearing about the bad news. We are pleading with the government to please do the underpass for us.”

Residents have for more than a year been lamenting over the development as it has cut off the community from schools and hospitals.

One resident threatened that they will escalate their action against the government if their situation is not addressed in one week.

“We are giving the government one week for them to finish the access road for us. We are not joking. We are very serious,” another resident said.

The Tema line was initially supposed to end at Akosombo.

But it was increased from 85 kilometres to 99 kilometres, extending to Mpakadan in the Volta Region, with the aim of protecting the Akosombo Hydroelectric dam.

The rail project is expected to be completed in June 2020.