By ommittee to Protect Journalists - Africa 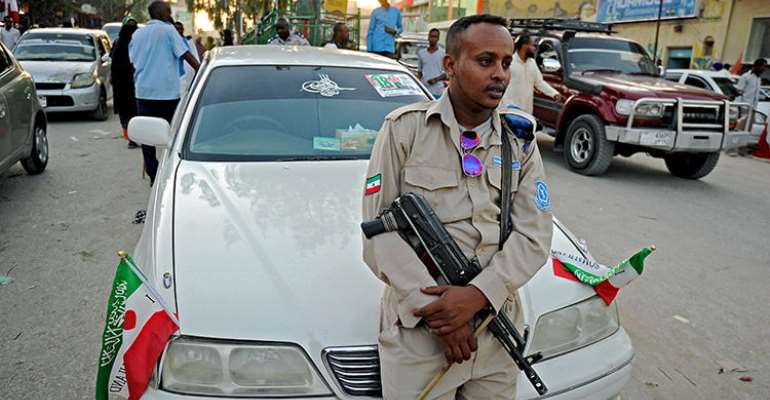 On September 5, police in Hargeisa, the capital, summoned Mohamed, the owner of Horyaal 24 TV who goes by the name Sayid, and questioned him about a program recently aired on the network on women’s consumption of the stimulant khat, which, while legal in Somaliland, is largely considered taboo for women to use, according to a statement issued by the Hargeisa-based Human Rights Centre (HRC), a local rights group, and Sayid’s lawyer, Mohamed Ismail Essa, who spoke to CPJ by phone.

On September 6, police raided the Horyaal 24 TV headquarters in Hargeisa, ordered its staff off the premises, and on the following day arrested Sayid, according to Mohamed and the statement.

Yesterday, a Hargeisa court granted police seven days to hold Sayid during their investigation, but did not announce any allegations against him, according to Mohamed and the HRC statement. Police have not allowed journalists to return to the Horyaal 24 TV offices since the raid, he added.

Police raided the broadcaster’s Hargeisa offices and shut it down on June 18, as CPJ reported at the time. That ban was later lifted, according to a June 30 statement issued by the rights group the Somali Journalists Syndicate.

“The raid on Horyaal 24 TV and the arrest of its owner are only the latest in a string of attacks and government actions that clearly indicate that freedom of the press is in peril in Somaliland,” said CPJ’s Sub-Saharan Africa representative, Muthoki Mumo. “Authorities should immediately and unconditionally release Mohamed Osman Mireh, let the station resume its work, and end their harassment of journalists.”

Mohamed, the lawyer, was not present at yesterday’s court hearing because he was not notified about it, he told CPJ. He added that police have not allowed family members to visit Sayid, who suffers from diabetes and has a heart condition.

On September 6, CPJ called Somaliland Interior Minister Mohamed Kahin Ahmed for comment on the summons sent to Sayid and the news station raid, and the minister asked CPJ to call back later. When CPJ called and texted him today, he did not respond.

Somaliland has become a difficult environment for journalists, and CPJ has documented the use of arrests and media suspensions to silence journalists. In July, CPJ reported on the detention of four journalists from Eryal TV while they were filming a story on corruption.