Delayed in allowance is as a result of discrepancies - SLTF 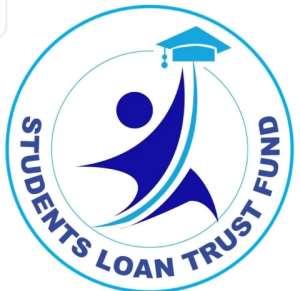 The 24th Annual Delegates Congress of the Teacher Trainee's Association of Ghana (TTAG) under the theme, ADVANCING THE ROLE OF TEACHER EDUCATION IN GHANA; THE IMPACT OF GOVERNMENT POLICIES, ongoing at St. Francis College of Education, Hohoe commenced on 5th September, 2019. The congress is set to end on 10th September, 2019.

The annual delegates congress which embeds programmes concerning issues affecting Trainee's, General Assembly sittings, face of ttag and elections has brought in delegates together with media persons and observers to make this congress a success.

The five day national delegates congress which roped in leaders from both the incumbent(NPP), and the opposition government,(NDC) debated on the top issues affecting trainees. While those in the incumbent seat of government debated on the positive impact of the new curriculum and government's policies aimed at helping the teacher trainee in the near future, the opposition party also hinted on the negative effect of the new curriculum and governments policies which has today entangled teacher trainees. This placed Trainee's to decide for themselves which among these leaders are hitting on their actual weary.

At the congress, persons from the Student Loan Trust Fund (SLTF) were invited to the 24th annual delegates congress. In their speech, they said, the delayed in the disbursement of the allowance is as a result of the discrepancies in data of some trainees (data mismatch) which are still in the rectifying (correcting) process. They assured that, trainees should bear with them for at the right time, they will soon be notified for the allowance is not cancelled.

COVID-19: You Won’t Enjoy Free Water If You Owe Us – GWCL
1 minute ago

We're Disappointed In Akufo-Addo For Not Condemning Soldier ...
27 minutes ago