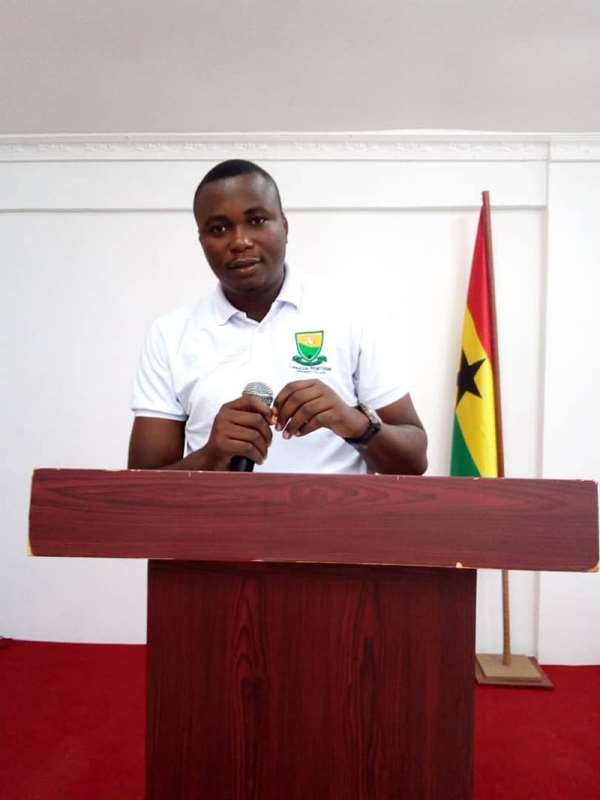 The new SRC President for the Evangelical Presbyterian University College, Mr. Faisel Abdul-Iddrisu has called on the leadership of the old students association -EPUC Alumni, to revitalize the association and make the it revelant towards the policy direction and growth of the university.

He made the call when he delivered his inaugural speech at the 11th handing-over and investiture ceremony on Saturday in Ho.

He said the association over the years has lost the energy it ought to exhibit in selling the university to the outside world.

"let me use the opportunity to drum home the need to revitalize our alumni base. Eleven years of our existence, it is irresponsible on our part to have an alumni base that is not vibrant and relevant to the policy direction and growth of the institution. I do know the challenges in that front but it is important we note that, one can only join the EPUC Alumni, if it's made attractive," he said

He therefore called on all stakeholders to look into the issues affecting the alumni in order to address them for the general interest and growth of the university.

The President also called on management to expand the infrastructure of the school to reduce the tendency of clashes between classes during lecture hours.

"Not too long ago, fees and other charges have been increased, which of course lies within the remit of the management of the University. But the concern of students is that, we want to see corresponding development and that I mean infrastructure development.

Our numbers are increasing, yet we are not seeing enough from management towards the expansion or so to say, any form of development in terms of infrastructure, a challenge that affects some lectures over the period". he added

Mr. Iddrisu however stated that, despite the few challenges facing the university, it's the best as far as human development and tertiary education is concerned.

"Depite the challenges we face, I dare say that the Evangelical Presbyterian University College, is second to none as far as human development and tertiary education is concerned."

He assured that the new executives would work to consolidate the gains made the past administrations towards the full realization of the aspirations of the students body of the university.