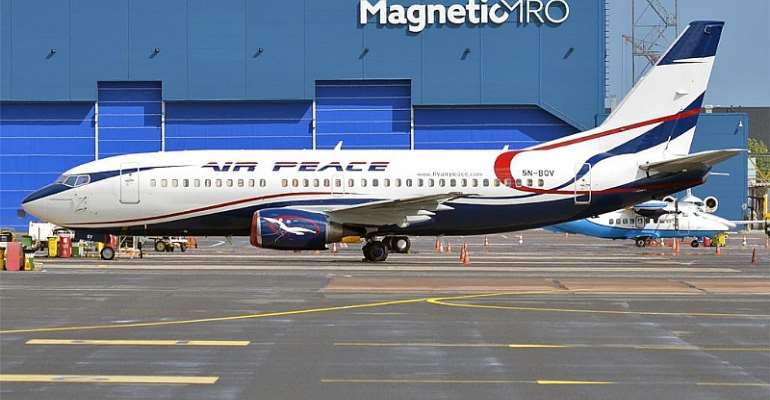 Several hundred Nigerian citizens living in South Africa will be repatriated on flights operated by the private airline Air Peace following a wave of xenophobic violence which sparked sharp exchanges between the two countries.

"As of Friday 400 Nigerians living in South Africa have requested to be repatriated," Nigeria's presidential spokesperson Shehu Garba told RFI.

That number has risen to 600 according to Adamu Godwin the consul general of Nigeria's embassy in Pretoria.

More than 100,000 Nigerians are estimated to live in South Africa.

Johannesburg and surrounding areas were rocked by a series of violent attacks on foreigners last week, including many directed against Nigerian-owned businesses and properties.

At least 420 people were arrested people last week after hundreds of foreign-owned shops were destroyed.

Air Peace poised
Nigerians will be evacuated on Wednesday 11 September on a Boeing 777 operated by Air Peace, a private airline owned by Allen Onyema.

"Our chairman has a long history of peace building through his Foundation for Ethnic Harmony in Nigeria," Air Peace spokesperson Tonye Olajide explained by telephone from Lagos.

It is unclear what assistance the returnees will receive once they arrive back in Nigeria on Wednesday. Many lost everything during last week's rioting.

"They are citizens of Nigeria so they will be taken care of by family members,"  Garba told RFI.

Diplomatic missions
Foreign workers in South Africa, the continent's second largest economy after Nigeria, are often victims of anti-immigrant sentiment in a nation where almost one in three people are unemployed.

The violence prompted reprisal attacks against South African firms in Nigeria and the temporary closing of South Africa's diplomatic missions in Lagos and Abuja.

The envoy returned to Nigeria over the weekend, the presidency said.

After a week of hardening rhetoric against South Africa, Nigeria pledged to "work as brothers" with Pretoria on Thursday.