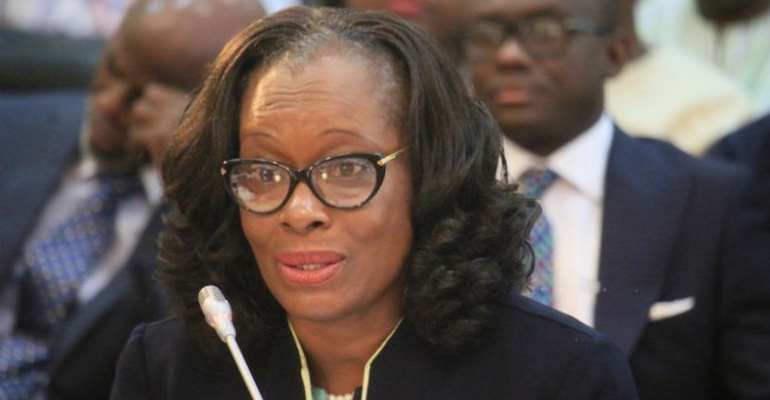 The Attorney General, Gloria Akufo has hinted that some persons found culpable in the collapse of some banks in the country are facing the court.

According to the Attorney General, her office will begin these cases when the court resumes from the legal vacation.

She was speaking at this year's Ghana Bar Conference being held in Takoradi.

“Presently, 21 accused persons including a limited liability company are facing trial in corruption and corruption-related cases involving a total of about 139 million dollars and 67.3 million ghana cedis respectively.”

“The statistics will go up when more cases involving the banking sector are presented to court once the court resumes from vacation. We must urge and support the judiciary to continually assert its autonomy from both the Executive and Parliament and to dispense justice in accordance with the law without fear or favour,” she added.

Some seven local banks were collapsed within one year.

The banks were UT and Capital Bank, both of which were taken over by the state-owned GCB Bank. The others were Beige Bank, Sovereign Bank, Construction Bank, uniBank, and Royal Bank, all of which were consolidated into the Consolidated Bank of Ghana.

The decision to collapse all the banks were primarily because they had all become highly insolvent as a result of various reasons including poor corporate governance decisions.

The crisis saw the deposits of some 1.5 million Ghanaians affected though the government stepped in to safeguard their monies.

Protecting the depositors has so far cost the state GHc 9.9 billion, according to the Finance Minister.