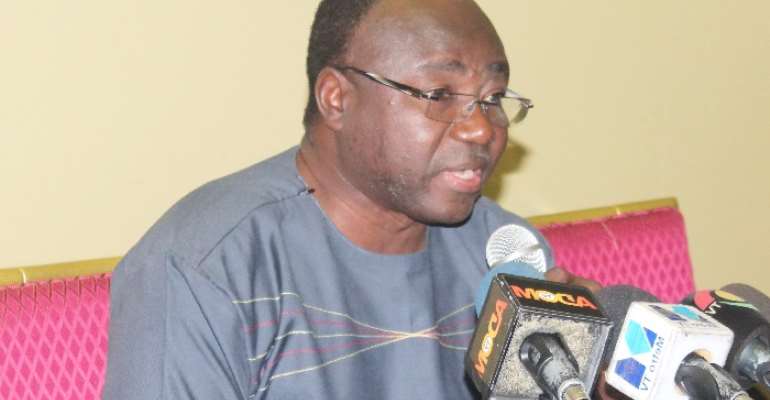 The under-fire Chief Executive Officer of the Public Procurement Authority (PPA), Mr Adjenim Boateng Adjei is expected to file his response at the Commission on Human Rights and Administrative Justice today, ABC News can report.

His response to CHRAJ is in respect of ongoing investigations President Akufo-Addo directed to be conducted into the conflict of interest allegations leveled against him.

On Tuesday, August 26, 2019, CHRAJ wrote to Mr Adjei to formally inform him of the investigations being carried out and ordered him to provide feedback to their inquiry within 10days, which is expected to expire today.

President Nana Akufo-Addo on August 21, 2019, suspended Adjenim Boateng Adjei as CEO of the Public Procurement Authority after he was captured in an investigative piece by Manasseh Azure allegedly engaging in procurement malpractices.

The President subsequently referred the aspects relating to corruption to Special Prosecutor and the issues of alleged conflict of interest against Mr Adjei to CHRAJ.

According to the Commissioner of CHRAJ, Joseph Whittal, the response from Mr Boateng will determine their next line of action.

Joseph Whittal asserted “We have assessed the case and we came to the conclusion that it is right for Mr Boateng to give us his comments and to either admit or deny the allegation. He has been given ten days within which to expressly write his response and any documentation that he would want to us to see.”

“We will study that and carry out our own investigation, if necessary then we'll proceed to invite him if he has not admitted it. If he admits, we will go straight-forward and take action based on his information but if he denies it, the constitution requires us to go into full investigation and take action,” ABC News can report he added.

In the documentary titled, “Contracts For Sale”, Mr Boateng is said to have established his own company, Talent Discovery Limited Incorporated, in June 2017, to win some government contracts through restrictive tendering.

The company was in turn selling the contracts to individuals and constructors for a kickback of between 15-20% of the total contract sum.

Meanwhile, Mr Boateng has publicly denied the allegations leveled against him saying that he is being crucified for no wrong doing.

“The public is simply speaking words of untruth. I regret the way I'm being crucified for doing nothing” he told journalists after he had appeared before the Special Prosecutor last Thursday.