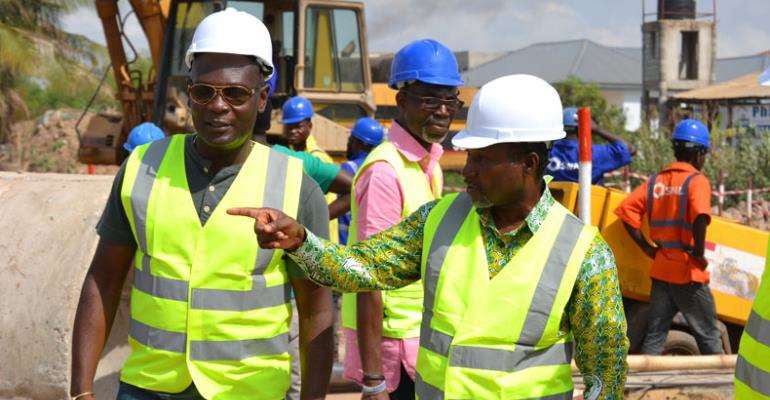 The Municipal Chief Executive (MCE) for Adentan, Alexander Daniel Nii-Noi Adumuah has blamed the lack of a functional bus terminal at Adjirigano on lack of space.

He said his office has been working over the past two years to secure a land for the construction of a bus terminal to ease congestion on the road, but it is yet to secure one in the area.

“The major problem that we are having as at now is land space. We have been searching. There were about six parcels of land that we were trying to see whether we could get them for the station…But what has happened is that anytime we get some concern from the chief, it turns out that the parcel of land has already been given to someone or somebody else is claiming access to it. We have to deal with that,” he said on the Citi Breakfast Show on Monday.

Although Otanor to School junction dualization road project is making steady progress, there are complaints by commuters about the heavy vehicular traffic on the road, especially during peak hours.

The construction firm working on the project, OSWAL Investments Limited has also had the cause to lament over the heavy vehicular traffic, which it said has slowed down the pace of work.

The traffic on that stretch is mainly because commercial vehicles use the shoulders of the road as miniature stations where they park for long periods.

Some traders have also taken to the sidewalks to sell food among other wares.

But Nii Noi Adumoah told Bernard Avle on the Citi Breakfast Show that his office has been working hard to address both issues but continue to face major challenges.

On the removal of traders from the pavements along the road, he said, despite their efforts to get them off their current locations to a market at Ogbojo near Ashaley Botwe, the traders continue to sell on the pavements.

“The taskforce was there to move the people just last week, but it is like you put force on your own people. We try to accommodate them by just negotiating for them to go off the street and it turns into something else…. As soon as you leave they come back,” he said.

He said the municipality is hopeful that a Private Public Partnership agreement it has signed will address the challenge.