The Foundation Of The National Integrity System Is Weak, Let's Make It Work--Prof. Atsu Ayee 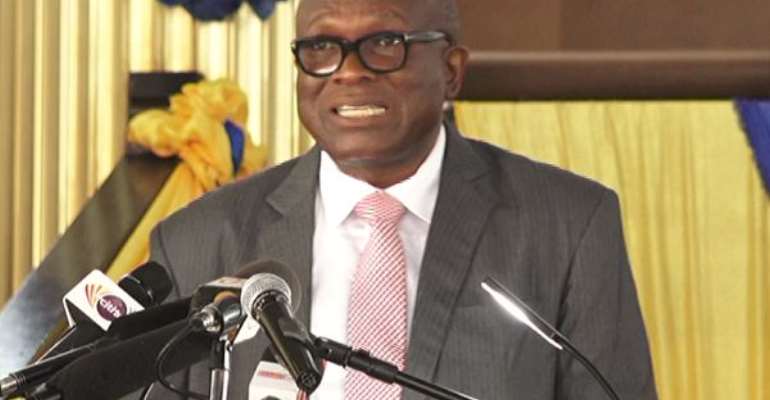 A senior lecturer at the Political Science Department of the University of Ghana, Professor Joseph Atsu Ayee, has called on stakeholders, civilians and other related institutions to focus on the foundations of the national integrity system of the country.

Prof. Joseph Atsu Ayee who describe the four foundations of the national integrity system as weak is a field worth paying attention to for the country's development.

"If you look at our politics is not right, our economy is still weak, the society is sick and the culture it does not promote a culture of anti-corruption. So until we deal with the foundations of the national integrity system and we are only focusing on the pillars, we are not going to move forward with corruption", he said.

Speaking on the issues of political funding by the candidates in the country, he said, "we have not been able to deal with party financing, the regulations are not there, candidates or individuals will go and raise money even the parties don't the mechanism to track where they got the money from and there is no legislation to tell us that when you are campaigning for primaries u need to disclose your sources of income".

He added that the country needs a law which will regulate how the candidate collects money from the financiers, Ghana won't be corruption free.

"There is no law like that, so even the parties don't have the way of tracking how their candidates got money, thus why have a high level of monetization which is not good for this country", he noted.

"The electoral commission, itself, is an interesting election, is not interested in regulating party financing. We need a new institution which will look at how are we funding political parties and how do we regulate their behaviour", he said.

He cited that, due to monetization in politics, there are a lot of negative perception of political parties in the country. Adding that, the time has come for Ghana as a country to have an institution which will regulate political findings.

He suggested that, electoral commission (EC) to expand its scope of activities which will look at regulations activities rather than dealing with elections only or create a separate institution which will deal with regulating political parties findings.

He said these in an interview at the launch of the 20th-anniversary celebration of Ghana integrity initiative (GII) at Alisa hotel in Accra.