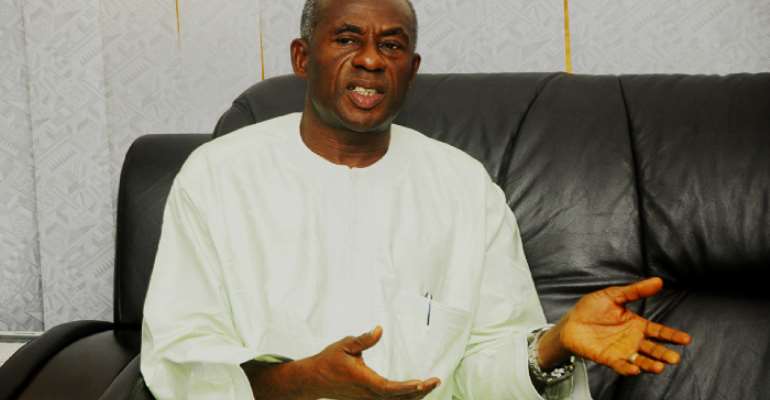 We are unable to state whether the National Democratic Congress' (NDC) 2020 campaign is going to be latched on their time-tested ethnocentric game-plan.

Having abandoned the tribal card during the last elections because of its unproductiveness over the years, it appears they have reached out for it from the dusty shelves of their national headquarters in time for election 2020.

Collins Dauda's extravagant use of the obnoxious card at his Asutifi South constituency during a recent rally is a glimpse of how ethnocentricism will be central in the NDC campaign next year.

Collins represents the constituency in Parliament and hell bent not to exit the legislature anytime soon: he is, therefore, ready to throw everything into the ring, including pitting one demographic grouping against the other, to achieve that objective.

We are saddened that a veteran MP such as this gentleman can afford to throw the national interest to the dogs and talk so recklessly as he did in Asutifi South.

Mismanagement of the tongue just because we seek to win elections is bunkum. We hold our positions as MPs, ministers and even President because there is a country we call ours and which depends on the prevalence of peace and tranquility without which there would be no geopolitical space to support us.

Mediocrity is the reason why an MP would throw dust into the eyes of the citizens, especially those in the Zongo and Northern communities and think that nothing has gone amiss.

We now know why our country is saddled with the challenge of a dearth of role models. A so-called role model who avoids speaking the truth because it inures to his personal interest is acting impetuously and would live to rue the recklessness of his tongue someday. The Asutifi South remarks were despicable and shameful in a 2019 Ghana. We have gone past those dark chapters of our history.