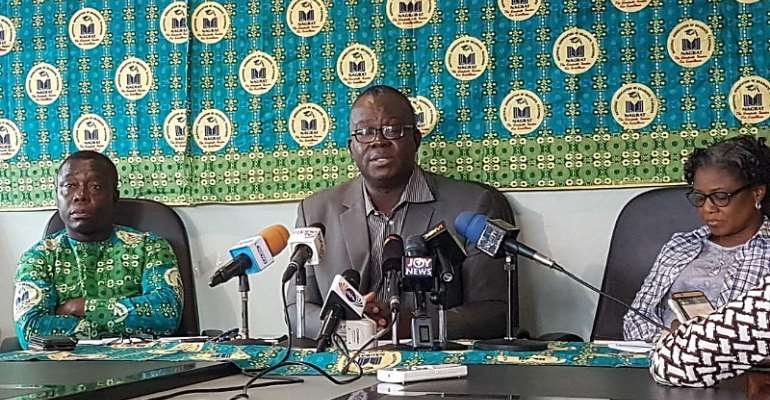 The National Association of Graduate Teachers (NAGRAT) has revealed that strike actions have been the best way to compel government to give ear to their concerns.

The leadership of NAGRAT says strike actions are the only language governments understand hence they won't be moved to call off the Teachers' strike any time soon.

It would be recalled that NAGRAT declared an industrial action to press home some demands from the government.

According to Eric Angel Carbonu, NAGRAT President, "All teachers in schools that have already reopened should continue to lay down their tools and stay out of school. Those that are yet to reopen, must stay out of the schools when school reopens. we call on all our teachers to be steadfast in this industrial action".

Notable among the issues, he said, was the newly introduced Human Resource Management System (HRMIS) acquired by the Public Services Commission (PSC) “which has brought a lot of problems and pains to teachers” in the areas of promotion letters, additional responsibilities, difficulty in reinstating teachers, delay in promotion interviews and transfers, among other things.

According to him, the GES is unable to effect genuine transfer requests due to impediments placed in its path by the HRMIS of the public service commission, adding that this has brought untold pressure and hardship on teachers in the service.

They called on the public service commission to remove the obstacles it has placed on the path of the Ghana education service.

He noted that the government has suspended its obligation of paying salary arrears. Yet day in day out, new arrears are being created. The promotion issues and salary arrears.

"Teachers who for one reason or the other have had their salaries stopped, will have to live without being paid for months despite the fact that they report regularly to duty. it is clear that human resources management information system (HRMIS) being operated by the public service commission is incomparable with the scheme of service of the GES. The untold Unions since the inception of the HRMIS have complained about the system to no avail", he said.