‘I had to help’ : One woman’s fight to aid victims of violence in northeast Nigeria 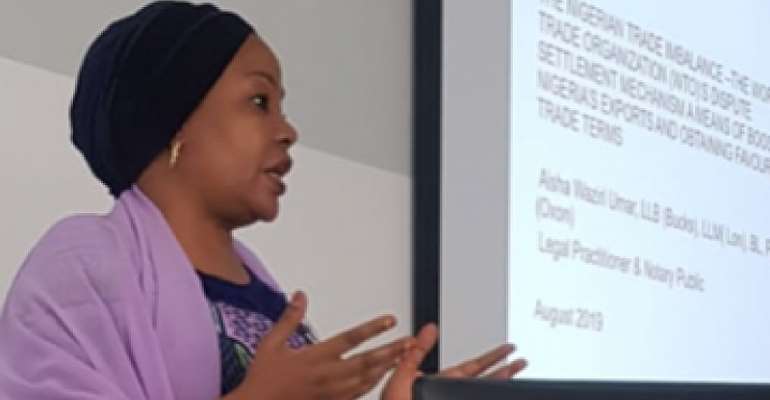 University of the West of Scotland

The insurgency in northeastern Nigeria by criminal gangs and Boko Haram over the past 10 years has instilled fear and insecurity, creating an unbalance among civilians in the region. Aisha Waziri Umar, originally from Borno state in the region, had a successful career, but felt she had to help.

She created the Inara Foundation to assist victims of violence in the region. RFI  English caught up with Waziri, who was in the UK to speak on women entrepreneurs at the Centre for African Research on Enterprise and Economic Development conference.

Waziri is from Maiduguri, the capital of Borno state and the city considered the centre of the Boko Haram insurgency. Although educated outside of the state and in the UK, eventually becoming a lawyer, the news coming out of her hometown was upsetting and distracting.

“I had first-hand information from some of the victims, some of whom were my relatives. It was impossible for me to focus and ignore what was going on,” she said.

Boko Haram has killed some 35,000 people and displaced two million, who are scattered throughout the country and have taken refuge in neighbouring countries like Chad and Cameroon.  The insurgency has attacked civilians, carryied  out suicide bombings, kidnappings, and targeted mosques, schools and markets that have terrorized the population.

It became impossible to focus on her law practice so Waziri decided to open a non-profit organization, the Inara Foundation, that focuses on helping victims of violence in northeast Nigeria. Headquartered in Abuja, the Inara Foundation helps those in need in Borno, Adamwa, and Yobe States.

Her foundation works with the regional and local governments and with the people in need directly.

“Our focus is economic empowerment, education, agriculture,” said Waziri, who, due to her close ties to the communities, can pinpoint exactly what is needed.

“We supply books, because a lot of our public schools don't have educational resources. So we equip our little learning centers within the schools and the children can come in and experience what it is to be in a real school where you have everything,” she said, adding that they are only able to fund this for one classroom per week. The goal is to get the students in a library-like environment, to encourage them to study.

“When children go in for their library session, they sit in for an hour and experience reading, singing, everything to do with education,” said Waziri.

The foundation has also set up learning centres in Internally Displaced (IDP) camps in the areas to help those who have not been able to return to their homes due to the ongoing attacks.

Working as a grassroots agent for economic empowerment

Economic empowerment is key for those who have been the subject of the ongoing violence in northeastern Nigeria, according to Waziri. While her foundation focuses exclusively on women, helping them with microcredit, it also works with Nigeria's government-owned Bank of Industry as their grassroots agent.

“We register these people, we help the Bank of Industry give them small loans, we also monitor the loans, and we educate and create the awareness on behalf of the bank,” said Waziri.

In the 10 years since the insurgency began, a lot has changed in the area, and the foundation has helped according to need.

“Some years ago there were no schools open so we had to go into the camps and work with the children. But now, the schools have been reopened and they are being renovated, because a lot of them have been destroyed,” said Waziri.

She said that her contacts in the northeastern region, throughout the country and internationally has helped make the Inara Foundation more effective. She gave a talk on female entrepreneurs in Africa at the conference she attended at the University of the West of Scotland in Paisley, but she said that she has also received some ideas for development.

“I've got a lot of ideas now that I hope to go back home and implement,” said Waziri.

“Things are improving, but there is a lot of destruction. Both property and lives were lost, so they do need a lot of help. That's my aim,” she said, as she looks toward the future.