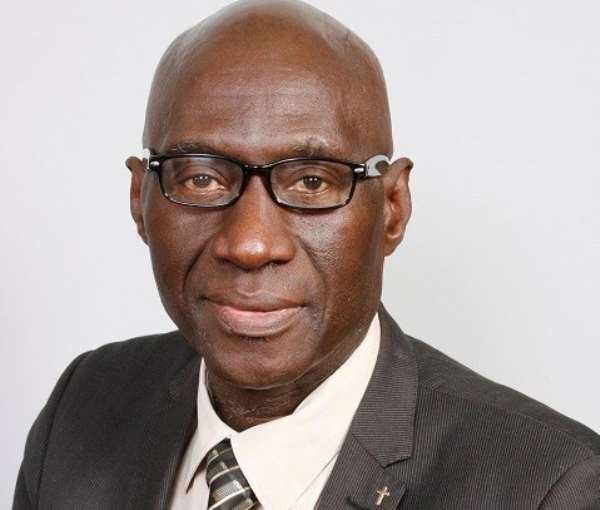 Ghana Needs a People’s Revolution for a radical socio-economic transformation, but not a ‘ballot box’ for a cosmetic change according to the Chief Executive Officer of The Zongo Economic Development Agency, Reverend Alexander Kwasi Kufuor.

According to Mr. Kufuor, it is disconcerting and distressing how the two parties have woefully failed Ghanaians for entrusting them with political reins since the inauguration of the fourth republic in 1992, over 26years ago.

Mr. Kufuor said, to entrust the political affairs of Ghana to the NDC or NPP in the general election come 2020 could further plunge the country into steep socio-economic under-development. He, therefore, called for a mass movement with the sole aim to dislodging the two parties from the reins of political power which they believe was bequeathed them by “divine right”.

The Chief Executive Officer of ZEDA made those comments in an interview with MO Africa in Manchester, United Kingdom when asked his assessment of Ghana’s political landscape since 1992.

Mr. Kwasi Kufuor said a third political force in Ghana is crucial to ignite a change in the political dynamics in Ghana citing Nigel Farage Brexit Party in UK which beat the Labour, Conservative, and other long-existing Parties within a month of its formation.

He said the power of social media could be engaged in an exercise to mobilize masses of Ghanaians especially the Youths whose future is risked by the NDC and NPP to form a movement which could be dubbed as Peoples Party to secure a concession in Ghanaian’s “political landmark”.

“The simple truth of the matter is that these two political parties have since independence 62 years ago, in spite of the huge natural and intellectual resources misgoverned the nation to the detriment of the citizenry” Mr. Kufuor indicated.

Mr. Kufuor a political scientist said basic analysis of the manifestos of the NDC/NPP clearly show the promises made during election years were purely repetitive soundbites calculated to play on the psychology of Ghanaians to win power.

“I was baffled when the opposition NDC had the audacity and effrontery to organize a mass protest alluding to the hardships in Ghana captioned Kumi Preko a little over two years in opposition.

Let us not dismiss the fact that, the NDC Government under Ex-Psi Mahama was one of the most insensitive, corrupt, inefficient and inept government in the history of Ghana, flooded with innumerable scandals” Mr. Kufuor indicated.

The reality in Ghana according to Mr. Kufuor from Nkawie in the Ashanti Region is a society which is terminally ill with the non-existence of the fundamental structures such as institutional systems, jobs, social housing, good roads, hospitals, access to portal water and other basic social amenities which are paramount for socio-economic take-off.

Mr Kwasi Kufuor was dismayed with "the number of mind boggling corruption scandals that have plagued Nana Akufo Addo’s Government referencing an incident of the CEO of the Public Procurement Agency Mr. Adjenim Boateng Adjei who was exposed through journalistic investigative evidence as an example.

Mr. Kufuor questioned the sensitivity of Nana Addo’s government in the face of severe economic hardships faced by the Ghanaian populace with recent increment in fuel prices.

He insisted only a people’s revolution would change the paradigm shift for a real impactful socio-economic transformation in Ghana. He, however, cautioned that must be achieved guided by the tenets of Ghana’s Constitution.

“ President Paul Kagame has transformed the socio-Economic landscape in Rwanda because of his selfless commitment to the national interest. For the sake of our sons, daughters and grandchildren let us mobilize and galvanize our brothers and sisters to bring about a root and branch reform to ensure that no Ghanaian young person will be so desperate to leave the motherland for anywhere else”. Mr. Kufuor CEO of ZEDA appealed.

Our check revealed Mr. Alexander Kwasi Kufuor was appointed in June 2018 as the first CEO of the Zongo Economic Development Agency which is tasked to design sustainable employable projects, develop technical and computer literate schemes, undertake hard and soft skills training programmes aimed at improving the employable skills of young people living in the Zongo communities in Ghana.