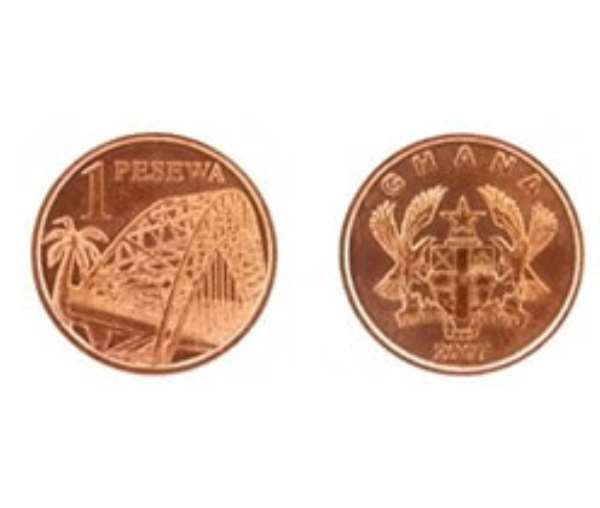 Senior, remember the playwright Joris Wattenburg - he of Osafo Dadzie fame? If possible let the authorities trace him asap. He once suggested a way of collecting import taxes that will be perfect for the digital age. Mother Ghana needs it desperately.

Adopting his idea would mean importers purchasing something akin to mobile phone credit recharge cards of various values - meaning that under no circumstances would crooks in the system at the ports, be able to get cash meant for the state, into their own pockets. Cool.

And is the best way to broaden the tax net, not to simply make them so low that everyone in Ghana would feel morally obliged to pay them, to enable the state to provide quality healthcare, free education from kindergarten to tertiary level, and well-designed and well-built truly affordable housing, for all who need them. Ditto modernize and expand our infrastructure? Cool.

Above all, in a nation in which many bankers think BoG bailout money and depositors' cash, is their personal pocket money to play fast and loose with, why allow retail banks to continue having the power to literally create money out of thin air - especially when invariably it is the families and cronies of shareholders, board members, management and staff at all levels (including even very junior staff members), whose projects get funded with that cash?

In the face of all that chicanery in banks in which corporate good governance principles were total strangers to shareholders, directors and senior management, is it not extraordinary that the Hon. Adongos are crying foul, so loudly, today? Talk about moral hazard gone wild - pun, intended, by the way. Amazing.

In light of all the above, as a people, should we not rather allow the Bank of Ghana (BoG), to have and keep the power to create blockchain digital cedis, to pay all those government owes directly? If that was the case, would contractors now complaining about not being paid for years, not have been paid mobilisation cash, directly by the BoG, when they were initially awarded contracts - instead of their hot-footing it to Mafiosi retail banks, belonging to their banker-cronies: to arrange create-loot-and-share sweetheart loan deals, at the expense of ordinary depositors and Mother Ghana (if it involved the distribution of BOG bailout cash, that is)?

Those paid with BoG blockchain digital cedis could redeem them at a discount for fiat cash at the retail banks. Could a derivative-type securities market not then be developed, which those retail banks could make money from, in honest fashion, for a change? Haaba.

Furthermore, perhaps using the Ghana ID card database, ditto the GRA TIN database, the BoG could open digital accounts, for all Ghanaians above 16, into which blockchain digital cedis, meant for say paying the various senior high schools to be attended by newly accepted individual students, and continuing students, would be credited with.

The digital cedis would then subsequently be transferred to their chosen schools' BoG digital accounts. They, in turn, would pay all their suppliers. And the same system could be deployed for the caterers providing free school meals nationwide. Would that not eliminate the ever-present PR reputational-damage problem, of complaints by sundry unpaid suppliers in the educational system, appearing on national television screens to air their grievances to the world, and embarrassing the authorities in the process? Just my two pesewas, Senior.