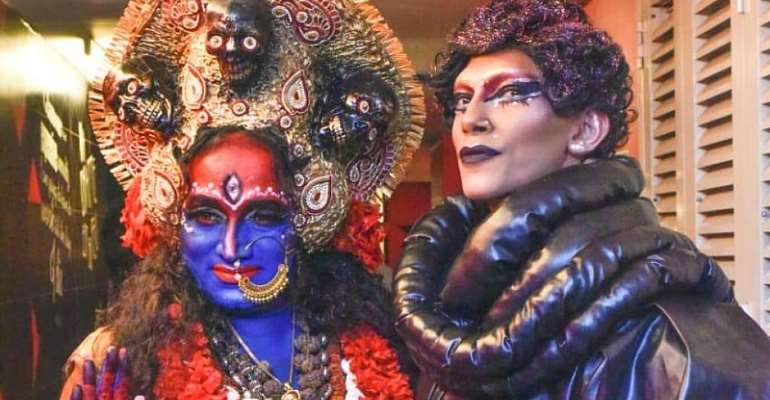 A year after India overturned a British-era law criminalising same-sex relationships, the fight for equality is far from over. India's LGBT community has marked the anniversary with a call to for civil rights for gay couples – though marriage equality is not the immediate priority.

It's been a year since Section 377 of the Indian Penal Code was scrapped. But as the country embarks upon the second year of freedom for same-sex couples, discrimination remains and progress has been slow, activists say.

The anniversary still called for celebrations to commemorate the ground-breaking and unanimous decision of India's Supreme Court on 6 September last year, which decriminalised homosexuality in the socially and politically conservative society.

"All this while, this law was used to discriminate and harass us. But we can now be free and step outside without fear. In the past year, we have got to do, now we want to be," gay activist Mohnish Malhotra told RFI.

“It is going to get better. We see light the end of the tunnel.”

Sharif Rangnekar, a communications and workplace sensitisation consultant, and the author of "Straight to Normal, My Life as a Gay Man" believes that discrimination persists and anti-discrimination laws are absent in work places.

“This, clearly, is a reminder that while 6 September 2018 is historic, it is more about basic rights. It's not about equity or equality, but more an allowance to have sex,” Rangnekar told RFI.

Long battle for civil rights
Several activists and lawyers within the community felt that the right to own and inherit property, nominate their same-sex partners on hospital and insurance forms, and receive legal recognition of same sex relationships and marriage were areas that needed urgent attention.

Petitions pertaining to reservations for trans-persons in government jobs and educational institutions, and seeking the formation of transgender welfare boards, among other things, are in the works.

Hotelier Keshav Suri said he was working on a petition asking for spousal recognition and benefits – such as joint bank accounts.

“We may not immediately ask for marriage equality, because that is a longer battle, but start on the lower-hanging fruit,” said the 34-year-old Suri, who is married to a French man.

“My marriage is recognised in France but not here, I want to change that,” he added, but cautioned that consultations and strategising had not yet begun.

Just last month, the country got its first dedicated hiring consultancy firm for the members of the LGBT community. At present, even after the change in law, the community lags behind their Western counterparts in attaining equal pay, corporate representation and other benefits.

And unfriendly policies towards businesses that cater to LGBT consumers has led to an estimated loss of around 30 billion dollars to India's GDP, according to a World Bank report.

A 2014 World Bank report – "Economic Cost of Homophobia and the exclusion of LGBTIQ people: A case of India" – estimated the country to have lost 0.1-1.7 per cent of the GDP due to homophobia.

“Change is slow but it will happen if we keep pushing for it. It has taken a long time for the law to be struck down. We have to dig our heels in deeper and never give up hope," Rose Venkatesan, India's first transgender television talk show host, told RFI.

Coming out has gotten easier for millions of Indians, but the fight for constitutional rights is a still a tough ask.

And while some spaces have become more queer-friendly, some very basic rights – like the right to adopt, or right to surrogacy – are still lacking.