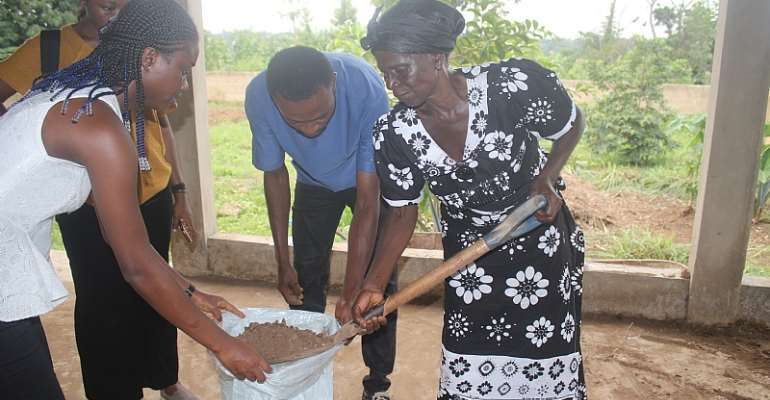 UNDP_GH_Bagging of organic waste for sale

“We were constantly using chemical fertilizers for farming. Not only was this expensive, but it also affected the soil fertility to the extent that when we do not apply fertilizer to our crops in a particular farming season, we get very low yields”, words from Kwabena Owusu, a subsistence farmer with a farm size of 5.5 hectares in Forikrom in the Bono East Region of Ghana.

As narrated by Kwabena, soil fertility decline is a major challenge to crop productivity in many developing countries. In Ghana, the agriculture sector employs about 57% of the population and it is the major source of income for many rural households. Despite the sector’s significant contribution to livelihoods improvement, smallholder farmers like Kwabena often face major constraints including erratic rainfall and poor soils, resulting in low crop yields. Factors such as bush fires, over cultivation and erosions, mostly deplete nutrients from the soil, impacting negatively on farming productivity.

In the past, farmers used to replenish the soil with nutrients by practicing shifting cultivation, where they move to another plot to allow the land to revert to its natural vegetation; or by planting different types of crops. However, due to increase in populations, there is pressure on land use, making it difficult for farmers to sustain this practice. Farmers who have the means resort to the application of chemical fertilizers, whiles others who cannot afford wallow in abject poverty.

As observed by Kwabena, the use of these chemical fertilizers does not sustain the soil. To tackle this problem for environmental sustainability, the Global Environment Facility Small Grant Programme of the United Nations Development Programme (UNDP/GEFSGP) is implementing the Abrono Organic Farming Project (ABOFAP). The aim of the project is to build the capacity of smallholder farmers to use organic waste as manure for crops to facilitate the achievement of the Sustainable Development Goals (SDGs), particularly the goals on poverty eradication (SDG1) and food security (SDG2).

Through the waste management project, the communities are turning waste generated at home and farm residues into compost by mixing the waste with cow dung, poultry droppings and leaves. The resulting organic fertilizer is applied to improve soil fertility on their farms. This method is less expensive, adds more nutrient to the soil, increase crops yields and is environmentally friendly. The project has also provided waste bins for the households to facilitate segregation of the waste into organic and inorganic for the preparation of the organic manure. Kwabena is among the 520 farmers benefiting from the project in the district.

“We never knew how useful our waste was, till the team taught us how to segregate our waste, which we use for organic compost for our crops. Since we began applying this, we are getting good yields which give us a lot of income”, Kwabena revealed.

The community members formed ten farmer groups with average membership of 25 and they received training on sustainable farming such as organic manure application, neem leaves extraction to make pesticides and adoption of mixed cropping system, to ensure food security on a larger scale.

In addition to the project’s direct benefits to farmers, the waste management training has subsequently provided jobs for 10 youth in the community, who are dealing in the production of manure, bagging and selling of composts to the farmers.

Furthermore, the project is also suppling the farmers with about 250,000 grafted cashew and mango seedlings annually, which they produce and distribute to other interested farmers in the communities at a token price. The beneficiaries reported annual earnings of about Gh₵40,000 (about 7,400USD) from sales of these grafted seedlings.

The initiative is also contributing to the promotion of ecotourism in the community through agroforestry, as the farmers are using the organic manure to grow and plant more trees around the community sacred groves, serving as tourist attractions.

Walking through Forikrom, one can see a clean community, an evidence of how the trainings have contributed to instilling proper waste management in the indigenes.

Our environment is very neat now, since we now segregate our waste for organic composts. We are very happy and pray for the continuity of the project in our community and beyond”, elated Mr. Kwesi Arhin, the project Chairman in Forikrom community emphasized. 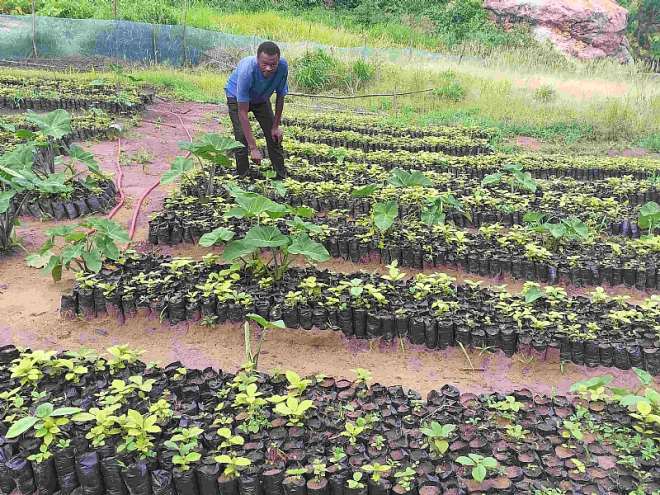 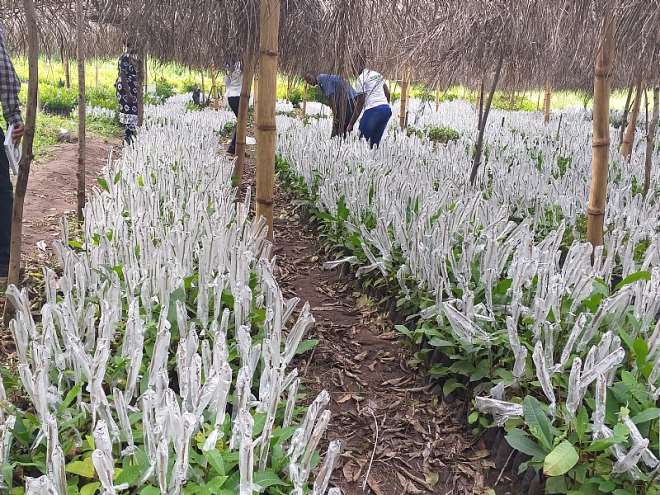