France to keep up pressure on Iran, despite further violation of nulear deal 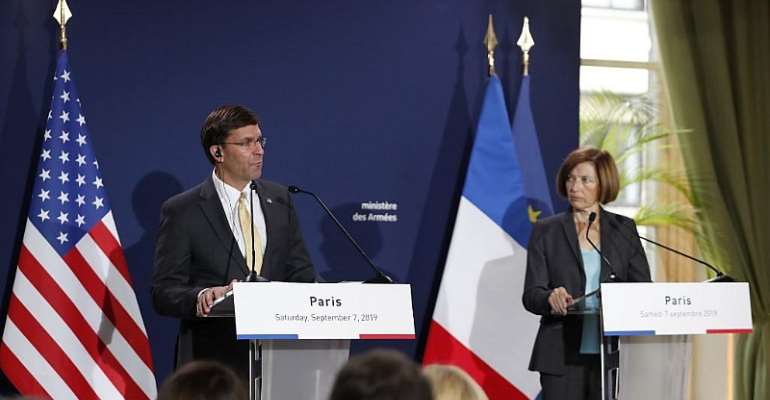 France says it will continue efforts to bring Iran into full compliance with a 2015 nuclear deal, despite Tehran's confirmation that it had fired up advanced centrifuges to boost its enriched uranium stockpiles, in its latest violation of the pact.

“We must do everything we can to contribute to ease tensions with Iran and to ensure navigation safety,” French defence minister Florence Parly said in Paris at a joint press conference with US Defence Secretary Mark Esper.

“We can only confirm our goal, which is to bring Iran to fully respect the Vienna deal," said Parly, adding that US and European moves to strengthen security in the Gulf must be “complementary and well-coordinated”.

Britain expressed its disappointment at Iran's announcement that it had powered up the advanced centrifuges to boost enrichment.

US Defence Secretary Mark Esper said he was "not surprised".

"The centrifuge machines, as they are engaged in research and development, will help with increasing the stockpile," he said.

"The capacity of these machines is many times more than the previous machines. This started as of yesterday (Friday)," he told a news conference in Tehran.

Under the 2015 Joint Comprehensive Plan of Action (JCPOA), Iran was allowed to enrich uranium using only first generation centrifuges, keep its uranium stockpile under 300 kg of up to 3.67% enriched uranium.

Tensions have been escalating between Iran and the United States since May last year when President Donald Trump pulled out of the accord and began re-imposing sanctions that have crippled its economy.

In July, the International Atomic Energy Agency confirmed that Iran had breached the 300-kilogramme limit, marking the first time that Tehran stepped away from the JCPOA.

Retaliatory strikes
A week later, it announced it had exceeded a 3.67-percent cap on the purity of its uranium stocks.

Tensions increased in June when Iran downed a US drone and Trump ordered retaliatory strikes before cancelling them at the last minute.

France, Britain and Germany have repeatedly said they are committed to saving the deal that gave Iran relief from sanctions in exchange for curbs on its nuclear programme, but their efforts have so far borne little fruit.

Iran said on Saturday it was capable of enriching uranium beyond 20 percent but for now it had no plans to do so.

Iran's new step came after Britain, France and Germany were unable to find a way to offset the impact of sanctions on the country before a September 7 deadline set by the Islamic republic.

"If Europe wants to do something, it must hurry, because returning to the situation before reducing commitments could take time," Kamalvandi said.

Just four days ago, France proposed offering Iran some $15 billion (13.6 billion euros) in credit lines until year-end if Tehran would agree to fully back the JCPOA, provided that Washington would agree, but given the latest developments this seems now highly unlikely.