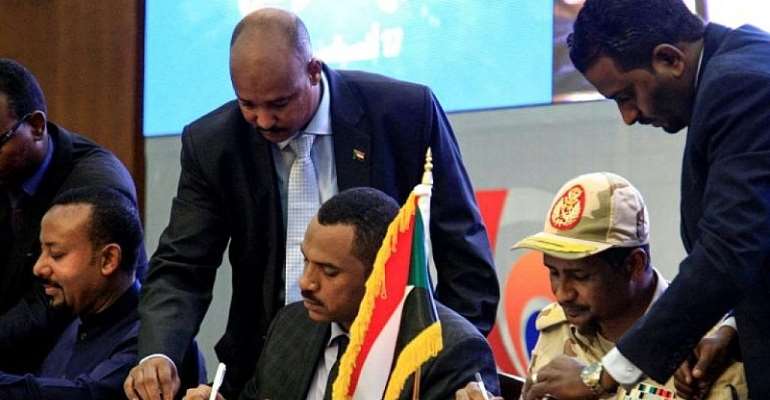 The African Union (AU) has lifted its suspension of Sudan three months after freezing its membership following Khartoum's bloody crackdown on pro-democracy protesters. The decision follows the announcement of Sudan's first cabinet since the ousting of veteran leader Omar al-Bashir.

The AU's Peace and Security Department said in June that transferring power to a civilian-led authority was "the only way to allow the Sudan to exit the current crisis".

Sudan's new premier Abdalla Hamdok on Thursday unveiled a new 18-member cabinet, a major step in the transition toward civilian rule after decades of authoritarianism.

The move was hailed by AU Commission Chairperson Moussa Faki as "the beginning of a new era" for Sudan.

The cabinet formation followed the signing of a power-sharing deal last month between the movement that led the months-long protests against Bashir, and the generals who seized power after ousting him.A joint civilian-military ruling body was sworn in and tasked with overseeing the transition. Part of the deal was that legislative body be formed within 90 days.

The AU's Peace and Security Council said in a tweet Friday it had decided "to lift the suspension of the participation of #Sudan in the activities of the #AU, now that #Sudan established a civilian-led Government".

Demonstrations over a worsening economic crisis in Sudan escalated into a months-long nationwide protest movement against Bashir's three-decade rule, which ended in April.

Bashir was later arrested and is on trial on charges of illegal acquisition and use of foreign funds.

In early June, security forces broke up a protest-sit in outside military headquarters in Khartoum. Doctors linked to the protest movement said at least 127 people died in the violence.

Sudan's membership from the AU was suspended on June 6 pending a transition to civilian rule.

A number of African nations have been suspended from the 55-member AU in recent years, a move that bars them from all summits and meetings.