Did John Dramani Mahama Toy With Power As President?

And WiIl God Give Him A Second Chance?
By Kofi Thompson 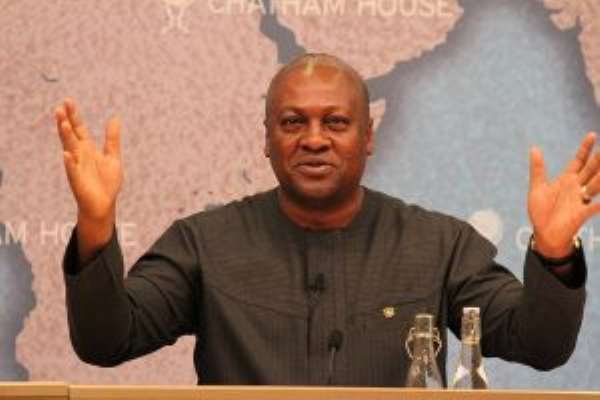 One wonders what would have happened to the National Democratic Congress (NDC), if former President Mahama had chosen to follow the example set by former U.S. President Jimmy Carter, after he was defeated by Nana Addo Dankwa Akufo-Addo. There is no question that had he done so, Mahama would have become a widely respected and much-loved 'elder' statesman in Ghana, by now.

And like President Bush after leaving office, he should also have decided never to criticise his successor publicly. That would have meant, for example, telephoning President Akufo-Addo directly, whenever he felt the need to bring Nana Akufo-Addo's attention, to some issue of importance or proffer advice if the national interest required it.

Mahama would definitely have been guaranteed long handshakes with the president, and lots of bonhomie, at all public functions, if he had been that wise. That all the above didn't happen, is proof positive that Mahama is poorly served by the third-rate cohort, which surrounds him. And, above all, it is most unfortunate that the toxic Stan Dogbes are still in his inner circle and continue to advice him. Amazing. Nothing has changed, it would appear. Hmmm, eyeasem oooo.

Poor John Mahama - who like Vice President Bawumia is a rich man's son who has never suffered before and thinks life is a game. Well, actually, life is not a game. It is pretty tough for your average Ghanaian. That is something our blockheaded politicians must always remember - for we are sitting on a powder keg, as we speak. Hmmmm. Yooooo...

Alas, middle-aged-spoilt-brats like Mahama and Bawumia, can never be good leaders for Ghana. And, above all, what kind of integrity does a man who in actual fact is a serial philanderer, who has fathered so many children outside his marriage, have? Zilch. Mahama is not a leader. Never was, and never will be. He got lucky that God made him President, but he ended up toying with that power. You dont get a second chance when that happens. Never. How, sad.