How Best to Silence Kwame A Plus, the Thorn in the Flesh of NPP? 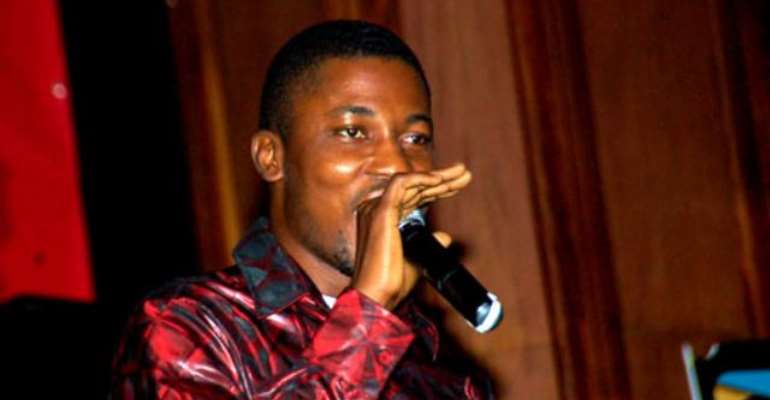 Kwame A Plus, the Ghanaian ace musician turned a politician and an avid critic of the NPP government under His Excellency Nana Addo Dankwa Akufo-Addo, for all good and perceived bad reasons, has only one remedy capable of silencing him. Who can guess that remedy before I disclose it later in my write-up?

I have read and listened to some of his social media postings. I have no longer interest in them than I would expect him to own up as he is manning up. Did he support the NPP during election 2016 for what he expected to gain from his services so rendered if they won the election? Did he support the NPP because of the numerous obvious corrupt practices by the NDC as were masterminded by then President John Dramani Mahama which he thought enough was enough hence supporting the opposition party (NPP) to boot them out of power?

He might have had good reasons to support the NPP, thinking they would be better than the NDC but it seems the NPP have rather become the devil incarnates, if not the devil himself. He sees the corruption by the NDC as paled off compared to the alleged corrupt practices by the NPP. Wow! If this is where he is coming from, then he has my support 100%. However, his approach, as he has said somewhere, and prides himself in, makes him all too childish, mischievous, with whatever he does and says having dishonest undertones of self-interest.

He has said categorically that his wife has asked him to attack the NPP! As ignorant and naive as he is, he has listened to his wife, a probably another malicious person, in toto, to constantly take the NPP to the cleaners on the social media.

Why does Kwame A Plus appear in my eyes as a less intelligent and a doubtful individual with a selfish interest? For the role that he played and as an important figure in Ghana by the standards of Ghanaians and Africans, because of his professional music career, he surely has easy access to His Excellency Nana Addo Dankwa Akufo-Addo. He can also approach with ease most of the president's inner circle cabinet ministers with the so-called "Three Akyem Musketeers" of whom Gabby Okyere Darko is often mentioned. If he really loved Ghana, NPP and the President, without having any malicious agenda, he would seek audience with any of them, especially, the President, to voice out his concerns, advice and suggestions rather than going about them in the crafty machismo way as he is doing.

If he had sought audience with them and they had turned him down or away, then discerning Ghanaians would sympathise with him to even give him encouragement in what he is doing. As it stands now, he has put the cart before the horse and that is absolutely wrong and damn nonsense! He is appearing to be a political prostitute. I am waiting to listen to a counter song he will make in support of NDC re-election campaign in year 2020.

My wife says, and you jump for the gun! What a nutter!

Then back to how best to silence Kwame A Plus, you had better go for the wisdom in what Benjamin Franklin, one of the American founding members, once said. He said, “Critics are our friends, they show us our faults.” The NPP and His Excellency Nana Addo Dankwa Akufo-Addo had better find effective antidotes to all the real and perceived corrupt practices within the government as are being highlighted by Kwame A Plus. Once solutions are found to them and NPP become proactive without falling into those malpractices, Mr Kwame A Plus will have been silenced forever to also turn him into a very credible and an intelligent person who has the collective interests of Ghanaians at heart.

Our Ghanaian politicians in particular, and African politicians and leaders in general, are exceedingly corrupt so no wonder how Kwame A Plus, a Ghanaian music legend, is treating them with disrespect everyday of the week.

No NPP member should seek behind the doors audience with Kwame A Plus to persuade him to stop his public bashing of the NPP. I know his tactic can cost NPP a lot. However, if he takes the initiative to see you, then meet up with him. This is because if you propose to meet him, as unintelligent as he is, he will rather choose to go public to say that you are scared of him so you have arranged to meet him but he will not honour the invitation. This to a nutter, he thinks he is too big or he is a very important person without whose support the NPP will vanquish in election 2020.

SUGGESTION:
The NPP must start telling Ghanaians what the government has achieved and how. They must let the population know why they have not been able to achieve some of their promises and why. Their promises are all not to be achieved within two or eight years. They are a long term development vision by a visionary leader that must fall within a 30 to 50-year development plan for Ghana. The leadership of the NPP can continue to be obstinate and myopic; not to speak to their foot soldiers, not to have effective communication teams throughout the nation but to sit on their backside erecting impregnable fences/walls around them, and persons like Kwame A Plus will relish in their assumed "pull him down" activities to give NPP bloody nose in election 2020.

The President must not hesitate to sack and cause the prosecution of any of his appointees caught to involve themselves in corrupt practices. The President is doing his best in this regard but the Attorney General and the Special Prosecutor seem not to be pulling their weight.

Kwame A Plus, please seek audience with the President to vent your concerns and also give him advice as to how to resolve the concerns you will raise.