By The Hospital Bed Of Scientist Johan Van Dongen 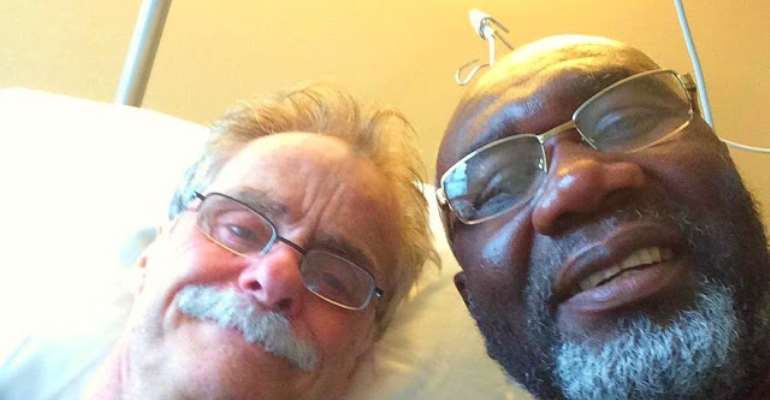 The international community and a few Africans following and reading the articles of scientist Johan Van Dongen have already noticed the absence of the former Dutch professor at Maastricht University, Holland, from ModernGhana news site and other social media for a while.

Johan Van Dongen is having health issues of which he decides to keep off from his column for some time to have a good rest. For those who don't know this man, below is the best way I can give you a short introduction about this Dutch scientist and micro-surgeon.

All the above-mentioned writers either published their research as articles or books in English but only Johan Van Dongen is the first health writer or scientist to publish his research in his Dutch language, in Holland as books.

After that, what he passed through at the hands of the Dutch government protecting the US government to cover up the medical crime was enough for a man to commit suicide but not Dongen.

He appeared in court several times but since one person can't fight a corrupt government, he lost his job, house, which he sold to pay his judiciary debt. "I lost everything but not my wife and my brain," said the former professor.

"My integrity and conscience are clear, therefore, that gives me the inspiration to fight these criminals destroying the world with their enormous greed," said Dongen.

I have visited him a couple of times and today, September 7, 2019, history repeated itself. I went to the hospital in Holland, where he is on admission to visit him. In a world that the truth no longer serves a purpose, the US government is now enjoying impunity and continue to pretend they don't know the devastation of Aids and Ebola today.

At the hospital, both of us couldn't control our emotions, I saw tears running down my face, he held me and said: "Joel, the last time I cried was forty years ago." He looks physically strong, but he was in constant pain.

Even on his sickbed, scientist Dongen is reading Cantwell's version of how America struck Africa with Aids before the disease spread

On his bed, the man has a number of medical books around, which he reads intermittently. I asked him: Why so many books? And he replied with laughter: I told you haven't lost my brain." In fact, it's hard to understand a man who has passed through the thick and thin for choosing the truth, yet happy in such a manner.

His daughter and grandchild went to the hockey field and like a commentator, he keeps briefing me about the game. He wants his grandchild's team to win, thus; his actions were very hilarious.

He discussed a lot with me of which I can't share on this platform but his message which I will not keep is: "Joel, never feel sorry for me because I don't feel sorry for myself."

"I rather feel sorry for the poor Africans, the helpless leaders and some of the hypocrites among the Africans that have made it possible for the US government to continue enjoying impunity."

"If it's God's wish to return and continue my work, my African friends will see me very soon."