Teshie Residents Unsatisfied With Pace Of Work On Lekma Road 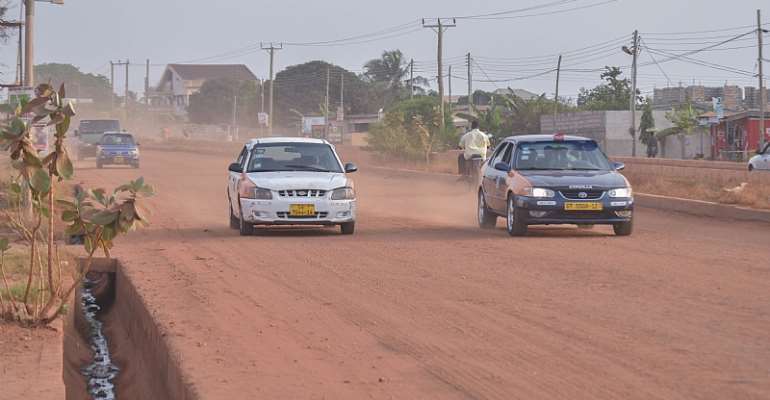 Residents and commuters who use the Teshie Link road say they are not satisfied with the pace of construction works on that manhole-ridden road.

This comes after the Minister of Roads and Highways, Kwesi Amoako Atta, announced in July that a Dubai-based firm had been tasked to complete the road which has stalled since 2016.

Citi News' reporter Nii Armah Amah who visited the area said that some parts of the road had seen a face lift.

According to him, contractors had filled the stretch from the gate of Serenity Homes to the Manet Estate eastern gate with gravel.

However, that was reportedly ditched weeks ago for the road directly across the Lekma Hospital.

Although work had commenced, drivers who ply the stretch said they had not seen the contractors in two weeks.

“Since two weeks ago, they've not been working. They've blocked almost all the sides and they are not working. Even at the Manet gate. Through the first gate you can move but the other second gate you can't move. You can't enter your own house unless you take the first gate and wind to like 500 or 600 metres before you get to your house. It's been very difficult,” one driver at the Teshie Ablazaa taxi rank said.

Contractors could be seen on site but refused to disclose any information on the record.

However, a source close to the site contractors revealed that the contractual challenge with government was to blame for the slow pace of the work.

Residents of the area said the state of road was making life stressful for them.

“Within some few weeks now they have stopped the work and we asked them and they said they are short of money,” another lady said.

Over the years, the poor condition and construction of the Teshie Link road has been an upsetting issue for the government, and residents who are affected daily by it.

The Finance Ministry in July ordered the Controller and Accountant General's Department to release an amount of GHc43,177,685.29, for the completion of various road projects in the country, including the Teshie Link road.