Where does investigative journalism fit in the digital age? 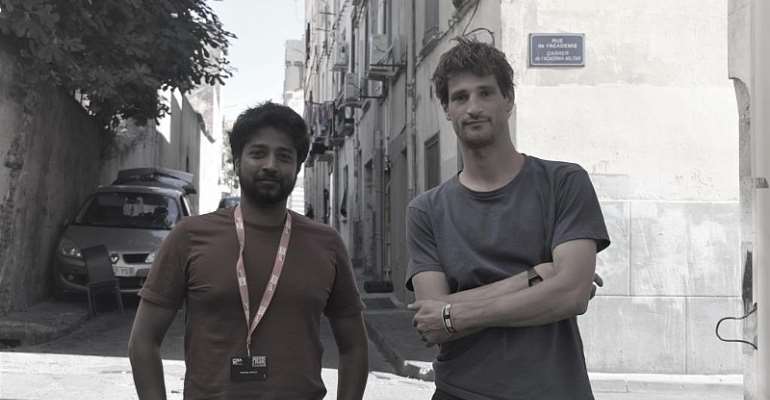 In the age of social media and constant information, what space is left for investigative journalism? The founding members of the investigative platform "Disclose" say that now the need is greater than ever.

Disclose won the Visa d'or for best Digital New Story at the Visa pour l'image photojournalism festival in Perpignan. The barely one-year-old team of journalists produced the investigative report, "Made In France" that detailed France's role in selling arms to Saudi Arabia and other members of the military coalition which have used the weapons in the war in Yemen.

The team published their findings in April in a multimedia exposé combining photo, video, audio and text, along with six other media publications “for more impact”, said Geoffrey Livolsi, one of the co-founders of Disclose.

Ngo or media?
The difference between Disclose and other major investigative sites in France, such as Mediapart, is that it touts itself as an "NGO and media site".

"We want to have impact," explains Livolsi. "When we carry out an investigation for five or six months – sometimes more– we don't want to just switch to another topic.” And so, post-publication, they continue to discuss the topic and organise events around it, in the hope of having input in civil debate.

“The organisation is only made up of journalists – we don't have political goals," he continues, maintaining that the double mantle of NGO and media site does not compromise objectivity.

The organisation is funded by private donors and readers which allows them to focus solely on investigative reporting.

“We don't want to publish everyday news, like Mediapart does. We decided to only publish three or four investigative topics per year and to share these stories for free with different media partners,” Livolsi says.

Yemen and the leaks
Disclose began working on "Made In France" after receiving a tip-off about French arms in Yemen.

Livolsi and his colleagues felt mainstream media was not covering the conflict in enough detail. “We said ok, maybe we need to make this public. Nobody is talking about the export of arms to Saudi Arabia.”

And to their surprise, information was readily available to the public from open sources, primarily online.

“We used open source information to get satellite views of Yemen. It was crazy to see French arms in Yemen, when the government was saying no, there are no arms in Yemen,” says the journalist.

Consequences
Investigative journalism is not without risks. In this case, the Disclose team was summoned to a hearing in April after the domestic intelligence agency opened an investigation into alleged “compromise of national defence secrecy”.

Livolsi says the French government dealth with their case under terrorism law –which came as a surprise. “We knew it was not legal to disclose this kind of information, because it was national security documents,” he says. But they did not expect to the French government to use anti-terrorist law “to attack press freedom”.

The case has yet to be concluded, and so the group continues its work on other stories wary that it is being closely monitored.

Social networks to end investigative media?
In the age of social media, people are overwhelmed daily with news alerts and images from far-flung places about a violation, a crackdown, a new conflict.

Websites like Disclose aim to make sense of the onslaught of information.

By its very nature, investigative reporting invites news consumers to take a step back and breathe – before diving in even deeper. The weeks, months, years of research stand out in sharp contrast against the daily, hourly, or more frequent news updates on social networks that sometimes barely scratch the surface.