South African Ambassador To Ghana Must Apologise To Africa 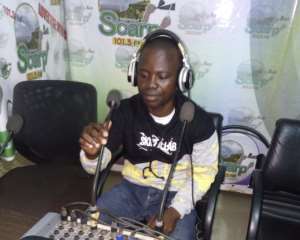 In a video interview on joytvnews, the south African ambassador is heard attributing the heinous and barbaric attacks on fellow Africans by South Africans to poverty and joblessness. This to me is unfortunate!

What is happening in South Africa suggests that the people have not been taught their history(how they got themselves emancipated from white domination). I also wonder if there is religion in south Africa! Because the way people were looting at the shops, hmmm, I just kept my quite! If they have religions, I wonder what the pastors/ Mallams will say on the coming Sunday, or said on the past Friday. South African leaders should be squarely blamed because they have failed the nation by not making their history well written and taught at the educational institutions. I don't think if you are a South African and you were well taught about how the entire continent had to sacrifice for the liberation of South Africans, and indeed, were brought with the word of God, I don't think South Africans would have turned their backs at the Continent and get involved in butchering Africans like animals.

South African leaders and the ambassador in Ghana should bow their heads in shame! I heard the ambassador Lulu talking about jobs and poverty, as the driving forces! Hmmmm!

Do we kill your family members because of poverty? I leave this question to the ambassador!

Very unfortunate
South Africa must address xenophobic issues by first inculcating in their educational curriculum how south Africa got emancipated from apartheid. This is how the people would understand that we are one people with one common destiny.

Kennedy Agyapong will win NPP’s primaries because of his hon...
23 minutes ago

You disgraced yourselves and the entire country by booing Ak...
30 minutes ago