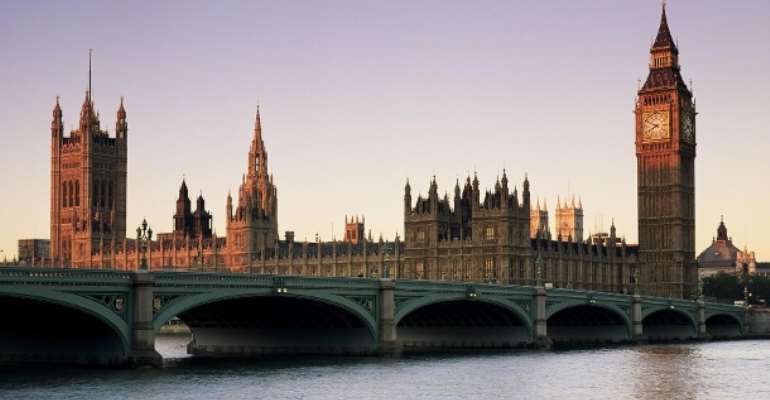 The Houses of Parliament in London: The British House of Lords quashed a no deal Brexit.

"No-Deal, No-Johnson" - The British House of Lords has passed the law against a hard Brexit - another bankruptcy for Prime Minister Johnson. The Queen has yet to sign the law.

A no-deal Brexit is off the table for now: the British House of Lords passed a law on Friday afternoon that excludes an unregulated Brexit on 31 October. The vote was the last parliamentary hurdle. Now only the signature of Queen Elizabeth II is missing so that it can enter into force.

The bill had passed all three readings in the House of Commons against Johnson's will on Wednesday. It stipulates that the Prime Minister must apply for a three-month extension of the Brexit deadline, which expires on 31 October, if no EU withdrawal agreement has been ratified by 19 October.

Johnson has not yet given up new elections
Johnson and his government had fiercely resisted the law. Johnson wants to make a new attempt next Monday to push through a new election. The prime minister plans to hold an election on 15 October and then appear two days later at the EU summit with a mandate for his Brexit course.

The head of government had already failed in his first attempt in parliament on Wednesday. A two-thirds majority of all MPs in the House of Commons is required to initiate a new election by a simple resolution.

Irish border is one of the most controversial points

According to the German Institute for Economic Research (DIW), an unregulated Brexit at the end of October would be less bad for Germany than another postponement. The expected costs for Germany in the medium to long term would be rather low, German consumers hardly affected and chaos avoidable, said DIW head Marcel Fratzscher to the German Press Agency in Brussels.

Ireland is planning a Brexit without agreement controls "near the border" with British Northern Ireland, as Prime Minister Leo Varadkar said in Dublin on Thursday evening. The inspection of goods and live animals should be carried out as far as possible in ports, airports, and businesses. "But some may have to take place near the border. The details are currently being worked out with the EU Commission.

The Irish border issue is one of the most controversial points on Brexit. The EU and its member Ireland want to avoid checkpoints at the border to Northern Ireland because a new division of the island could trigger political unrest. Until another solution is found, some EU rules should, therefore, continue to apply to Northern Ireland and Great Britain should remain in the EU customs union. But this solution, known as a "backstop", meets with strong resistance from the British government.

Varadkar stressed that the backstop would remain a crucial part of the withdrawal agreement as long as no better solution was found. "We are open to alternatives," the head of government added. "But they must be realistic, legally binding and workable. Johnson, speaking to police officers in the north of England on Thursday, said he would rather "lie dead in the ditch" than request a Brexit shift.

Perfidious Asiedu Nketiah and Ofosu Ampofo are imposters in ...
27 minutes ago