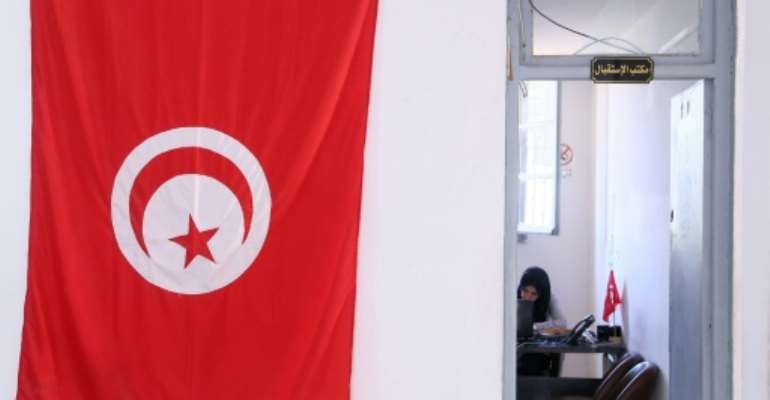 Tunisia will hold its first presidential debates ahead of elections that start on September 15. By Anis MILI (AFP/File)

Days before the first round of Tunisia's presidential election, the fledgling democracy is holding three nights of televised debates between the candidates, a rare event in the Arab world.

The showdown between the 26 hopefuls, starting Saturday, is seen as the highlight of the campaign and a turning point in Tunisian politics ahead of the vote a week on Sunday.

Called "The road to Carthage: Tunisia makes its choice", the programmes will be broadcast on 11 TV channels, two of them public, and some 20 radio stations.

"We won't be able to escape it," said a smiling Belabbes Benkredda, founder of the Munathara Initiative which promotes open debate in the Arab world and helped organise the event.

The first hour-and-a-half debate on Saturday night will include several "heavyweight" candidates, pitting Abdelfattah Mourou of the Islamist-inspired Ennahda party against passionate secularist Abir Moussi, head of a group with roots in the party of former dictator Zine El Abidine Ben Ali.

There will also be an empty space for the controversial media mogul Nabil Karoui, currently detained on money laundering charges.

Organisers considered having him take part in the debate by phone from his cell, but whether or not he will be able to is up to the courts.

The stage, at the studios of public TV channel Wataniya, places candidates in a semi-circle with two journalist moderators at the centre. 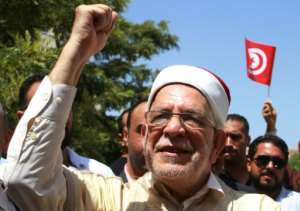 Abdelfattah Mourou, candidate of Tunisia Islamist-inspired Ennahda Party, will appear in the first debate on Saturday night. By HASNA (AFP)

The questions were set by the journalists and will be randomly selected and allocated to candidates on Friday.

Each candidate will have 90 seconds to respond to a question and can be asked a follow-up question or interrupted.

At the end of the show, candidates will have 99 seconds to outline their manifestos and campaign promises.

The number of questions has not been specified, but each candidate will have 15 minutes of speaking time during the programme.

"We are going to be extremely strict on time. It's the rule of the game, you are in front of the people and you each have the same amount of time to convince them", said Lassad Khedder, head of a private TV channel syndicate in Tunisia, who expects "very rich and heated debates".

Beyond the organisational and technical elements, organisers highlighted the rare nature of the event.

"Often in the Arab world, when we speak of competition we know who wins at the end, with 99.99 percent. Today, we don't know who is going to win", Khedder said.

Indeed, the plethora of candidates, political programmes and issues, has led to an uniquely unpredictable election. 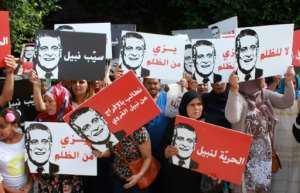 Many Tunisians say they are counting on the debate to help them make their decision.

"It's unprecedented! As a Tunisian journalist, I am proud and impatient to see this," said Monia Dhouib, a member of the organising committee.

The debates are not entirely unprecedented in the region.

In 2012, 15 months after the overthrow of Hosni Mubarak, Egypt organised a historic televised debate between two favourites among the 13 candidates running for president.

The winner of that election, the Muslim Brotherhood's Mohamed Morsi, was deposed by the army following massive protests a year after he took office.

Munathara Initiative's Benkredda said "the culture of debate doesn't yet have a place in the Arab world".

But he noted that the Tunisian debates will also be broadcast by channels in Iraq, Algeria and Libya.

The hope is, he said, that this "first step will serve as inspiration" for other Arab countries.