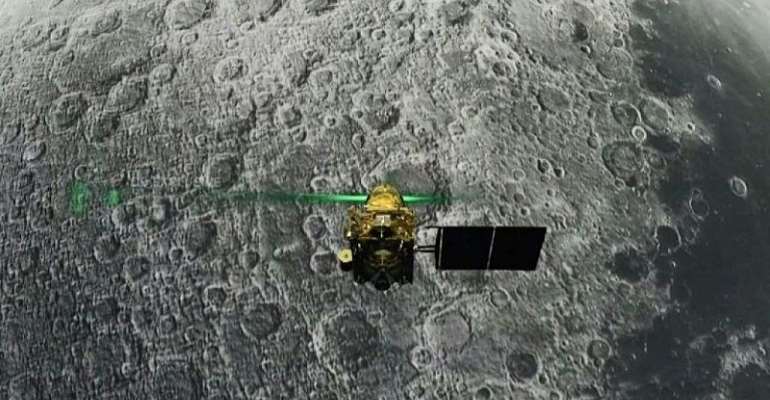 India's space agency has lost communication with its spacecraft just before it was due to land near the South Pole of the Moon, in a blow to the nation's lunar ambitions.

India had hoped to become just the fourth country -- after the United States, Russia and China -- to successfully land on the Moon.

The country also aimed to be the first to land in the Southern Polar region, an area the Indian Space Research Organisation (ISRO) said was "completely unexplored".

"The Vikram lander descent was (ongoing) as planned and normal performance was observed," ISRO chairman Kailasavadivoo Sivan said in the control room at the southern city of Bangalore.

"Subsequently the communication from lander to ground station was lost. The data is being analysed," he said.

Prime Minister Narendra Modi, who travelled to the Bangalore space centre to watch the landing, told scientists after Sivan's announcement that "what you have done (already) is not a small achievement".

"Ups and downs keep coming in life. Your hard work has taught us a lot and the entire country is proud of you," he added.

"If the communication (with the lander) starts again... hope for the best... Our journey will carry on. Be strong. I am with you."

ISRO acknowledged before the landing, due to occur at about 1:55 am New Delhi time (2025 GMT), was a complex manoeuvre, with Sivan calling it "15 minutes of terror".