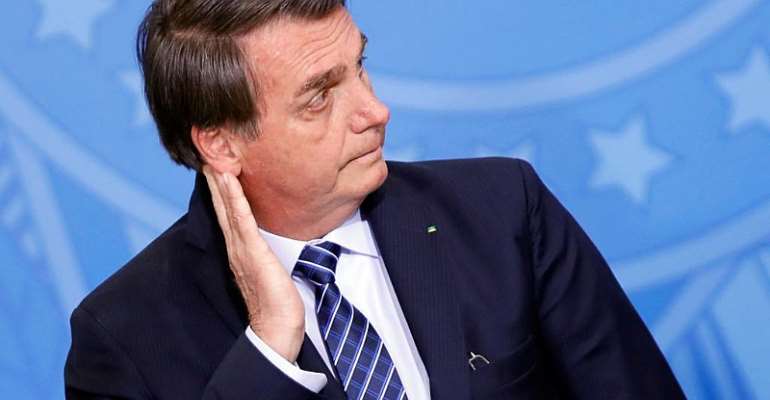 The summit opened on Friday in Leticia, Colombia.
Brazilian president Bolsonaro originally announced he would not attend the event for medical reasons, before revising his decision on Tuesday.

While the Brazilian president is indeed not physically present at the meeting in Leticia, he is participating in the discussions by means of a video link.

Officials from at least six countries of the Amazon basin are gathered to try to stop the fires from spreading.

An effort to save and sustain the Amazon forest

Dunque says the purpose of the summit is to reach agreement on the Leticia Pact which will “conserve, develop and sustainably use” the Amazon.

According to Dr Hervé Thery, a French geographer who works at Sao Paulo University and has lived in Brazil for ten years, protecting the Amazon and stopping the fires is not in the leaders' best interests.

Thery said that fires are set deliberately most of the time in South America, as opposed to the accidental fires in Europe or North America, and this explains why Amazon Basin governments have not taken action sooner.

“The only difference this year is that, in Brazil, there are many more fires, because the new leader has practically stopped every policy to end the fires, and has even encouraged people to start fires.” the geographer said.

Public attention
Bolsonaro might have changed his attitude to forest fires: just yesterday, the head of Brazil's Senate said the government had signed an agreement providing 1 billion reais (275 million euros) to protect the Amazon.

Public opinion could have something to do with the change of heart: a recent opinion poll reveals that 51 percent of Brazillians think Bolsonaro has done a bad or a terrible job responding to the Amazon fires.

Another factor influencing the president could be the threat of commercial boycotts.

The Swedish clothing line H&M announced earlier today that they would ban the use of Brazilian leather “until there are credible assurances that the leather does not contribute to environmental harm in the Amazon”.