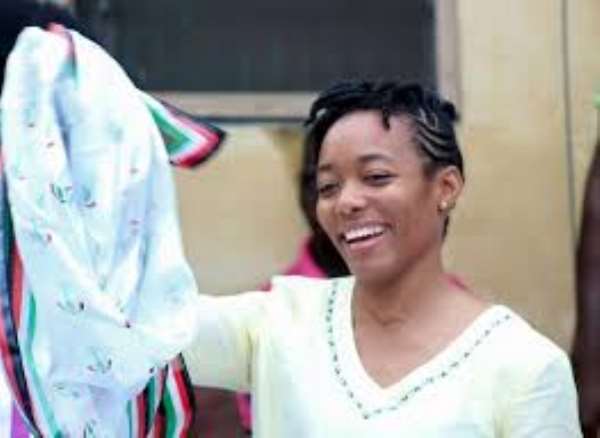 She says that her victory in the recent National Democratic Congress’ parliamentary primaries in the Klottey-Korle Constituency, in Central-Accra, was no fluke or happenstance; and that she won fair and square (See “NDC: Primaries: I Didn’t Win by Chance – Zanetor” Starrfm.com.gh / Ghanaweb.com 8/26/19). Actually, Dr. Zaneto Rawlings, the eldest daughter of Ghana’s longest-reigning military strongman, had her seat literally snatched for her from the former Mayor of the Tema industrial township, also in the Greater-Accra Region, by her father, to wit, Chairman Jerry John Rawlings, with the criminal complicity of the dynastic General-Secretary of Ghana’s main opposition National Democratic Congress (NDC), Mr. Johnson Asiedu-Nketia. The latter, who also once served as Deputy Defense Minister under Chairman Rawlings, recently acquired a Master of Security and Defense and International Politics Degree from the Ghana Armed Forces’ Senior Staff College.

Interestingly but hardly surprisingly, Mr. Asiedu-Nketia did not even have a Bachelor of Bootblacking Degree when he was appointed Deputy Defense Minister. I have written another column in which I note that unlike the strait-laced or convention-oriented operatives of the New Patriotic Party (NPP), the NDC’s leaders prefer to do things backwards. They first get themselves appointed to cabinet portfolios to which they are grossly underqualified, and then once they have been deemed to have acquired a modicum of decent but hardly professionally competent skills and/or experience, they then head for college or graduate school to acquire the academic equivalent of the same. By which time, they would have also acquired some local fame and influence in order to be able to intimidate their college professors by doing very little to warrant or deserve the degrees and/or diplomas handed to them, legend has it, the “Saddam Hussein Fashion,” that is, literally, at gunpoint.

I mean, there is absolutely no way that Dr. Zanetor Agyeman-Rawlings could fully convince any avid and keen observer of Ghana’s political culture and history that she won her parliamentary seat in the Klottey-Korle Constituency fair and square. The fact of the matter is that her father had to callously step on the nape and pate of an Accra High Court Judge, and then ruthlessly twist a couple of arms on the Supreme Court of Ghana and then, bingo, have pet daughter Zanetor handed the silver-gilt Klottey-Korle parliamentary seat; made all the more easy by the fatuous infighting of her main political opponents of the New Patriotic Party. Of course, nobody can blame Dr. Agyeman-Rawlings for the scandalous stupidity of her political opponents; but one can definitely blame her for using her father’s AK-47-wired fists to abort the integrity of Ghana’s judicial system in favor of his Dublin-educated daughter.

It is also not wholly accurate that Dr. Agyeman-Rawlings’ recent win in the NDC’s parliamentary primaries was a runaway victory. Indeed, it is quite clear that had her two rivals disciplined their ambitions and teamed up together and vigorously campaigned for “native power,” Dr. Rawlings would not have had a fighting chance. What this means is that for now, the Klottey-Korle Constituency is effectively under the “democratic occupation” of the Rawlings Clan and the Dzelukope/Sogakope Mafia. Dr. Rawlings, in her victory speech – actually brief address – hinted that she was being seriously considered for the second-most-powerful slot on the 2020 ticket of the party that is widely acknowledged to have been single-handedly founded by her pistol-packing father and trusted bloody comrade-in-arms mother and longest-reigning First Lady, Mrs. Nana Konadu Agyeman-Rawlings. I doubt that this would come as good news to most Ghanaians, irrespective of party and/or ideological suasion. The administrative record of the Rawlings Posse is one that decidedly lacks enlightened democratic progressivism.