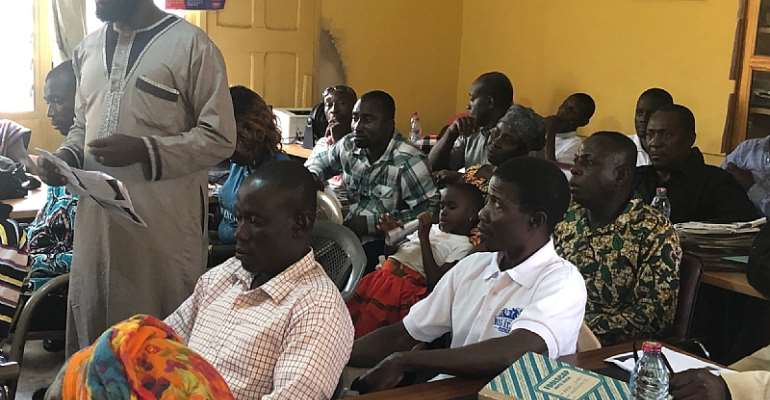 In his bid to minimize the importation for poultry, His Excellency Nana Addo Dankwa Akufo Addo launched the Rearing for Food and Jobs (RFJ) policy this year to give Poultry farmers the cutting edge in their trade.

The Atwima Mponua poultry farmers Association had a briefing from the Agric Directorate on how the policy will be effective and efficient to them along the value chain.

According to Mr. Eric Fofie the director for Agric Services in the district, farmers will be given 50% subsidy on birds, feeds and vaccines. He entreated the farmers to make this novelty a money making venture to boost the finances in their trade. He added that, the project is centered on the BROILER breed as the state is also putting up processing centres to buy the birds for processing when the birds are reared in 6-8 weeks and is ready for consumption.

Honorable William Darko on his part advised farmers in the poultry industry to position themselves well for this policy. He noted that, the amount expended each year to import poultry products always affects the country foreign exchange and the government of NPP is counting on them to reduce that burden on the state if not obliterate same. “Should poultry farmers work whole-heartedly for this policy, Ghana will move from poultry importation to exportation”. He reiterated.

The poultry farmers in their elated-selves thanked the Government and the DCE for having such a cogent policy to boost their business. They entreated the government to do its best and not make such a policy a nine day wonder. They believe, the success’ chalked in the Planting for Food and Jobs (PFJ) can replicate itself in the Rearing for Food and Jobs (RFJ) module.

The state is going to give a minimum of 1000 broiler birds to the farmers who are willing to enter into such a venture.