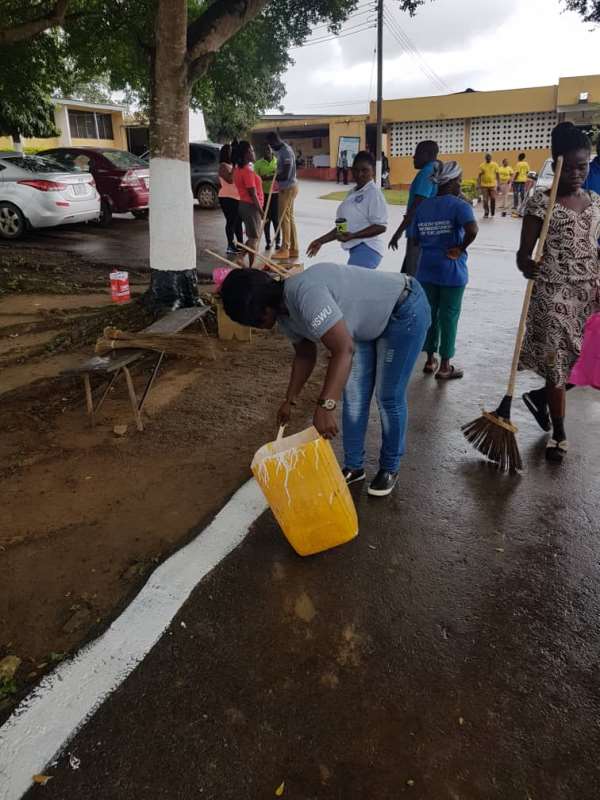 The Western Regional Industrial Relations Officer for the Health Services Workers Union of TUC Ghana Brother Jerry Mensah-Pah, has bemoaned the discrimination among health workers within the public health sector.

“It is unfathomable why in Ghana Health Service whereas some allowances of some category of health workers are paid by the controller and accountant general’s department others are paid via overburdened internally generated funds. This unhealthy situation has really created some level of disaffection and animosity among health workers which is very bad," he stated.

According to him, the discrimination has effects on both the employee and the work environment.

This, he noted, include poor work culture when the employee loses focus and exhibits counterproductive work behaviors such as not completing tasks on time, leaving work early, and arriving late.

Mr. Mensah-Pah was emphatic that since 2016 the Ministry of Health and its allied agencies has not fulfilled their part of the Collective Agreement signed which is to actually ensure that management of these health agencies respect and implement the provisions therein. It is the belief of the Industrial Relations Officer that Ministry of Health must endeavour to create a congenial working environment to promote collectivism in the pursuit of quality health care delivery by adhering to the agreement signed by the Health Services Workers Union of TUC Ghana.

He recounted some of the challenges that confront the Union as non-implementation of signed collective agreements by governments; freezing of market premium to 2012 basic salaries; non implementation of Laboratory Policies, unfair placement of some members on the Single Spine Salary Structure, and the wrongful computation of SSNIT Pensions among others especially wrong annual salary and early retirement reduction factor.

Mr. Mensah-Pah expressed these concerns when he interacted with the media at the Kwesimintsim Hospital in Takoradi at the cleanup exercise to commemorate 2019 HSWU Week. The week which is under the theme “Organising for Better Pensions from 2020 and Beyond, a Time to Make a Difference”, over period has been used to advocate for the concerns of health workers, Pensions, Health Financing, Migration, Salaries, Allowances and also Universal Health Coverage as well as advocate for Elderly care issues, increase in SSNIT lump sum by 31%.

In spite of these serious challenges, the IRO opined that the HSWU has over period achieved some feats. These he noted include the visibility of Union to the the leadership of all professional groups in the Regions; increased branch shares; increased May Day T shirts and entertainment fund; facilitation of the implementation of Market Premium for the additional grades for some junior staff; Mechanization of some IGF staff and the computation of SSNIT Benefits and getting more benefits for some retirees.

He said the theme was carefully selected owing to the fact that, fear keeps gripping members of the Union come 2020, whether pensions paid under Act 766 will be better than under PNDL 247. That is why, he noted, the Union want players in the pension industry to ensure us of better pensions. The Union also is seeking to use this opportunity to educate members on the new pension Law as well as to sell the Union and to organize new members into our fold.