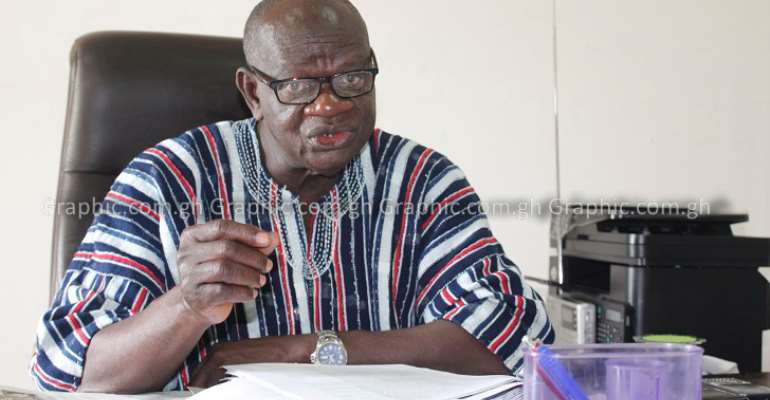 That, according to him, was the surest way of securing or protecting assets and properties of the government and also ensuring the smooth transition of government when the need arose.

Mr Yaro was speaking during a one-day regional orientation workshop for Public Assets Managers on the preparation of inventory of government or state assets and properties in Techiman in the Bono East Region.

The workshop, organised for the six newly created regions, was to educate the Regional Coordinating Councils (RCCs) and the Metropolitan, Municipal and District Assemblies (MMDAs) on how to protect government properties through database to ensure the smooth transfer of political power from one government to another.

The Administrator-General explained that the Office of the Administrator-General (OAG) existed to facilitate the orderly transfer of official assets, properties and handing over notes from appointees of an out-going government to the incoming administration by providing technical and professional support services for the transition team through the implementation of appropriate systems and procedures base on international best practice.

“If we fail to produce or generate a very well-documented database on government assets and properties, then we will have a serious heated argument during a transition of government”, he stated.

Mr Yaro recalled that there was disagreement during the 2016 transition of government because there was no well-documented database for some of the government assets and properties.

He pledged to ensure that all properties belonging to the state were secured and explained that the workshop was aimed at equipping the various managers of the municipal and district assemblies with the requisite knowledge and skills to generate credible documents.

The Administrator-General said he was poised to ensure that all RCCs and MMDAs had a credible assets register, upon which he would rely for the compilation of a comprehensive database for the country.

Mr Yaro said he would regulary demand for details of state properties from the district managers in order to ensure complete compilation of credible database before the 2020 general election.

one of the many steps the office is taking to equip asset managers of the respective MMDAs with the requisite knowledge on how to produce a credible database for state assets and properties”, he stated.

The Bono East Regional Minister, Mr Kofi Amoakohene, in an address, said the documentation of state assets and properties would help resolve the acrimony that often characterised the presidential transition processes, which created opportunities for the misappropriation of state assets and seizure of government properties due to the absence of credible assets register.

He urged the participants to take the workshop seriously so as to be equipped with the requisite knowledge on how to produce credible database register for their various assemblies.

“As public assets managers, you are mandated to prepare the inventory of your assemblies and assets registers in conformity with the prescribed format and standard developed by the Administrator-General”, Mr Amoakohene stated.

He pledged to ensure transparency in the documentation of state assets and properties in the region, adding that the Bono East RCC would support the drafting of a policy document that would give a clear vision and mission to the Office of the Administrator-General for the compilation of a credible assets register for the region.

Mr Amoakohene expressed the hope that the training would help the MMDAs in the various regions to have credible registers on which the office of the Administrator-General could rely for the compilation of a comprehensive database for the country.