$9 Billion Judgment Against Nigeria By A Court Of No Conscience 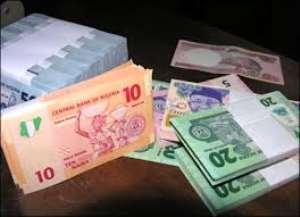 Watch out for notorious con men from high places at work again in all African countries backed by their governments, court of law and politicians. Canny lawyers, Lobbyists, Foreign Portfolio Investors, Equity or Hedge Fund manager facilitated. Consultants use fake news to convince the world that our meager foreign income is theirs. It doesn’t matter what we call them: Ponzi Schemes, Yahoo-Yahoo, Mercenary or 419; they aid and abet financial crimes against Africa.

Usually, most court of law would never bankrupt one opponent to pay the other so that companies and countries can still function as an entity. A financially viable opponent in court stands a better chance of paying out whatever they incur in judgment. If you kill a country or opponent financially, the chances of recovery are dim. It does not work to the benefit of the creditor or debtor. However, African countries are free games created to be taken advantage of.

Unfortunately, these scams and fraudulent judgements against poor African countries are still active: facilitated by speculators on Broad and Wall Street in Europe, America or African cronies. This $9 Billion scheme was masterminded by a late Michael “Mick” Quinn (P&ID) Process and Industrial Developments Ltd Chairman. A conman saved from jail in Ireland by Prime Minister Albert Reynolds and the fear of Irish militia. He rose as a car mechanic to a billionaire scammer in business, law, sciences and arms dealing. Became African Consultant in Nigeria since the 70s.

Quinn was charged with espionage and handling secret military materials, with his son Adam, a close associate from Ireland named James Nolan, three Nigerian officials, and three individuals from Israel, Romania, and Russia in October 2006. Another order came from the top as Ireland: that a case against Danjuma’s Consultant be dropped. The same month and year, Quinn formed P&ID and began exploring opportunities in gas flaring power he knew Nigeria needed for years.

Nigeria tried persuasion, incentives, tax breaks, bribes, law and regulations to get oil companies to convert gas flaring to power and failed since the 70s. The same Lobbyist Quinn that was paid to lobby and convince International Oil companies to use their capable expertise to capture gas flaring from the oil they got, conspired with them for years to sabotage Nigeria’s need for gas fired electricity projects. Danjuma claimed he spent $40m for his idea. Haba, Allah dey O!

Quinn that failed as paid Consultant and Lobbyist to convince oil companies, turned around and sue Nigeria! The con master himself admitted in court; it was the oil companies that abandoned gas flaring capture, but would not dare sue them! When Africans tried to use the International courts outside Africa to right injustice perpetrated on Africans on slavery or recent gas flaring of oil devastation in Niger Delta, chiefs and fishermen got stonewalled as contributing factors.

Odious contracts are not new in developing countries, especially in African countries. What is new are courts of any jurisdiction outside Africa backing reckless and unfulfilled contracts. Since 2013, Quinn and partners decided that enforcing arbitration judgments in Nigeria’s court was unproductive, they must go outside Nigeria, ideally to London. If foreign companies failed to secure bids; Quinn would clone, usurp or sell the bids to obtain judgment as breach of contracts.

They use foreign rule of law and courts to bankrupt Africa again and again. The company P&ID that got this enormous amount of money judgment has no fixed address or place of operation except as an off-shore shell corporation of a subsidiary of another company that was part of a global equity firm and speculators. If you are wondering now, this is how crooks do business in order to deny people, all governments of taxes and cannot be held responsible or accountable.

Sounds familiar? It is like the colonialists establishing business Neo-Colonialism so that they are not held responsible for their economic exploitation. Even when their contracts look sincere as in the case of Enron, by the time suspicious countries in Asia and Africa tried to back out, it was too late. After all, they had the full weight of the American Presidents: Bush and Clinton with threats of denial of foreign aids as consequences. Cases in point: India and Mozambique .

The study of odious loans and contracts have demonstrated that African countries are duped into inflated contracts by both foreign companies and the politicians holding our countries into perpetual debts. As Nano Silver was a scam during Ebola crisis; HIV test kit production factory failed because politicians wanted foreign bribes on imported kits. So was our famous case of $13 billion Paris Club debt; despite International communities’ pleas of too heavy a burden on us.

The Odious court judgment was a contract that was no different from the odious loans. These are con men from all sides negotiating foreign loans and contracts for the benefit of their personal pockets. In most cases without adding substantive values to the infrastructure or economy of the recipient African countries. They all follow the same pattern since they know African politicians would latch onto any foreign contract for a cut into their pockets.

Ironically, both European and American governments have taken it upon themselves to warn Africans about excessive Chinese debts from many of the loans signed for infrastructure. The reason African governments, approach and take Chinese loans is because of the more favorable terms in the contracts. The Chinese know the interest rates on Western loans and they always come up with a lower rate, even when African countries cannot afford to pay back.

However, developing countries are perpetual debtors and most remain so for life in order for rich countries to feed on them for survival. The simplest example is that of the farm workers and serf that kept on working for farm owners and owing more, no matter how long they pay back. They may even take out loans to buy provisions from the farm owners’ stores. In order to soften or relieve some of the loans, wives and kids are employed into the same vicious circle.

Taking your farm owners to court for relief is like asking to break your Visa or contracts you and your family had already signed. This is the case with developing countries. Some Asian countries have broken out of this circumstance by revolt, renegotiation, cancellation, forgiveness or outright renege on some of the contracts. China is now showing the same pattern of excessive inflated contracts. So, India renegotiated their contract with China recently on that point.

Even the $6.6 billion original judgment was more than three times its original estimate of losses as the $9 billion debt is growing by more than $1 million a day, because of interest. This court judgment of $9 billion is so out of place and not congenial to the financial health of Nigeria, it would set the country back many years. Indeed, Nigeria like most African countries is still suffering from the enormous debts t aking up almost all their yearly budgets .

Apologists of crime culture must be held accountable by international law enforcement agencies like FBI and Interpol to accept their responsibilities for the big boys they nurtured worldwide. Until then, Africa will remain their slave market. We then wonder why Lumumba, Nyerere, Nkrumah, Mugabe and Awolowo failed to complete their missions in each country. All the projects that were to be implemented to give African countries economic Independence were sabotaged for obscene profits by the very same foreign consultant experts we relied on.

But Fraud Upon The Court proving chicanery can save Africa. If you want justice, go to heaven!

The author has 548 publications published on Modern Ghana.