Democratic space is a common good of humankind and as such requires protection.
By Reginald Nii Odoi 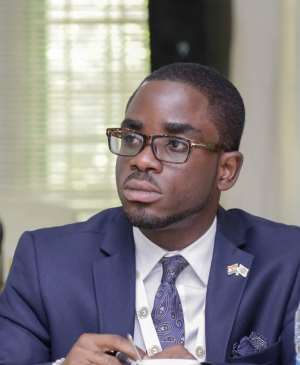 It is rightly said that if democracy is to recapture the imagination of the world and all well-meaning right-thinking members of society then it will have to show that it has the ability to deliver a better way of life than that offered by autocratic governments of the world. To achieve this in the face of the gradual decline in democracy the world over, the citizenry has the responsibility and duty to defend democracy by protecting the democratic space irrespective of deep divides on many issues.

One may ask, “against whom must democracy be defended?” and more importantly “who must be protected?” This can be well addressed when one finds out what precisely democracy means and more so who embodies democracy. The definition of democracy seems to be imprecise and unclear in these modern days so much so that it becomes significantly blurrier when one deals with the issue of defending democratic space. This confusion and imprecision have led many to pursue “biased government or partisan protection” under the guise of democracy protection. That being said, this bias takes different forms depending on political contexts resulting in an even threatened democratic space.

It is submitted that the people are the embodiment of true democracy. In modern democracies, many important political decisions are taken by, for and of the people – the ordinary citizens. This means that democracy no matter how it is defined must be so defined to serve the citizen’s needs. Having that in mind, the citizens need to have some shared understanding about their political system and that they need some means of generating shared information regarding what they want. This I refer to as a “common political knowledge”.

Democratic societies are vulnerable to knowledge attacks. These manifest usually in the form of confusion being created amongst citizens about what other citizens believe thus making it more challenging for them to organize amongst themselves. Also, it manifests in the form of confidence attacks which are aimed at undermining the confidence of the public in the institutions of social aggregation so much so that their results are no longer generally accepted as legitimate representations of the citizenry. These in themselves threaten democratic space! Obviously, democracies will never function with such situations prevailing resulting in the constant shrinking of civil society spaces allowing so called democratic governments to change the lives of the citizens, who are the embodiment of democracy, without their input and against their will.

An approach is proposed which is one that sees the democratic space as “a whole information system” which is very vulnerable and must be protected from all forms of information attacks. The media especially the electronic, print and even social media have a major part to play under this model. Irrespective of political divides, the citizenry who must actively guard the political space have a duty to educate the rest of the public about social and political impacts that happen day in day out.

They have the duty to foster a robust public sphere and an informed electorate. To protect the integrity of democratic institutions as well as shield the public from unfair, biased and fraudulent communication. This role is critical since every person has a right to know who is trying to influence political views and how such is being done so as to counter it. Sadly, our democracy is being torn apart by the abuse of information technologies whose powers of enlightenment and education have been skewed towards manipulation and conspiracy. Media is awash with lies, hate speech, spam and misinformation thereby weakening the “rationality, integrity, civility and authenticity” of the democratic space. The growth of unregulated media space, rampant misinformation and capture by private interests must be fought against.

The modern political culture has indeed opened the doors to a diversity of views and expanded free speech. This must be celebrated! Beyond that, it must be protected and defended whilst constantly sanitized so as to guarantee the maximum impact. Self-regulation must be encouraged in order for the democratic space to be sanitized and made politically neutral. Without doubt, various actors in the democratic space may have political leanings of some sort, notwithstanding the rules governing the space must not be made to favor one camp over another. All must come together to intensify efforts to support and defend the democratic space from being under attack. The issue of trust is fundamental and accordingly “in a democracy it should not be the law of the jungle that prevails in the democratic space.”

The people are the embodiment of democracy and the knowledge of that demands a full commitment to protect and defend the democratic space.