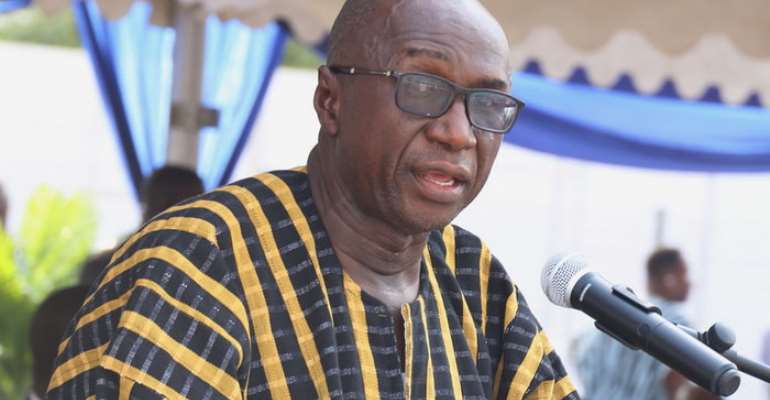 The Minister of the Interior, Ambrose Dery, says Ghana has been taken off the US State Department's list of worse human trafficking offenders after much effort by government to deal with the menace.

According to him, the country has been upgraded from the low level of Tier 2 watch list the government inherited in 2017 to a more favourable status following quick interventions, including devotion of funds as part of national responses to fighting the modern day ‘slavery.’

The nation was classified as a Tier 2 watch-list country by the US State Department as a result of poor national responses to fight human trafficking in the 2016 Trafficking in Persons (TIP) report, which gives narratives for 188 countries and territories based on standards established by the Tracking Victims Protection Act of 2000.

The rankings range from the most favorable Tier 1, and fall to Tier 2, the Tier 2 Watch List and Tier 3, which is the lowest possible ranking the Department gives for national responses to fighting trafficking.

Addressing officers of the Ghana Immigration Service (GIS) in Kumasi, Mr. Dery said improved responses by government of the New Patriotic Party (NPP), on assumption of office, saved the nation from being sanctioned by the US government in 2017.

According to him, President Akufo-Addo told the American ambassador it would be unfair for the country to be downgraded again a few weeks after his government assumed office.

“First time government gave budget for trafficking, and now we have been upgraded because we have been able to check the human trafficking down appreciably,” he stressed.

Mr Dery said government acknowledges the contributions of GIS officers, pointing out that they “broke up a gang that was issuing fake birth certificates and getting out our young girls minus the adults.”

He again praised the immigration officers for giving the nation positive image at the board posts and airport based on their attitudes and impression created, adding that the American ambassador had acknowledged the courtesies at the airport.

He disclosed that President Akufo-Addo, when he took office, made a promise about internal security.

He noted that the working conditions had changed for the better with many of the issues addressed to ensure effective operations of the internal security system.

“The President directed that we should make sure the welfare issues of the security agencies were dealt with immediately. The first thing we did was recruitment of 1,000 officers across board, and the GIS was the first agency.”