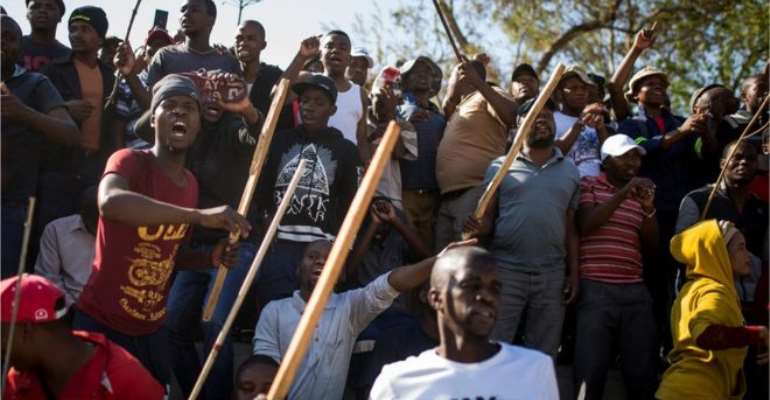 The recurring dislike-of-foreigners in South Africa against Africans from other countries resident there is too bad an act. But if we look beyond this dastardly act, we could see through history a time there was Industrial Revolution, World Wars, Cold War, among others. While we condemn xenophobia in more than strong terms, these inhumane exercises, no matter the name given to them, are not alien even in Nigeria, other parts of the continent, among citizens in the same country; and it may drag beyond human comprehension.

For instance, there was a hate exercise in Rwanda between brothers that was globally characterized by genocide. The Germans once had a toll on Jews. There have been intermittent killings of people in their communities across the country by supposed Fulani militia. Just name them.

In many families in our clime today, siblings of the same parentage hate each other for some reasons that do not meet the eyes, or meet the eyes. There is acrimony everywhere. It all boils down to love for materialism.

The aberration is also found in religions. There is a clash of interest between people of the same faith; there is also the crisis of superiority between adherents of different religions and creeds against each other. The fight is also in economic and political interests between countries, political parties and sundry. The hate for humanity continues to escalate.

There was the Clash of Civilisation (CoC). What we have today is Clash Within Civilisation (CWC) – within the same home, country, siblings, and so on. Man no longer observes the Universal Law of Love One Another. This matrix transcends religion, even the existence of man.

Till man went back to his old self where he was in tandem with the dictates of nature in reverence to the Universal Subconscious Mind, he will not stop being animistic degenerating cannibalistic in his modern behaviours. Till man recognized that the best way to unite with the Subconscious Mind is to think WE, first. The idea of thinking ‘I’, first, has ruined the world and will continue to ruin man till this 5th Atlantis is over; this era when man has so immersed himself in material pursuits.

The era of awakening, when man will abreast his true self devoid of materialism is coming. That would be the 6th Atlantis. By the 7th Atlantis, man will retrace his ways back to the days of his forebears when they were in unanimity with nature and it dictated what they did.

However, the most important thing is for man to know himself. Sadly, many mouth of knowing GOD without knowing themselves. This is the bane. Too much politics in everything, even in spiritual matters. Too bad.