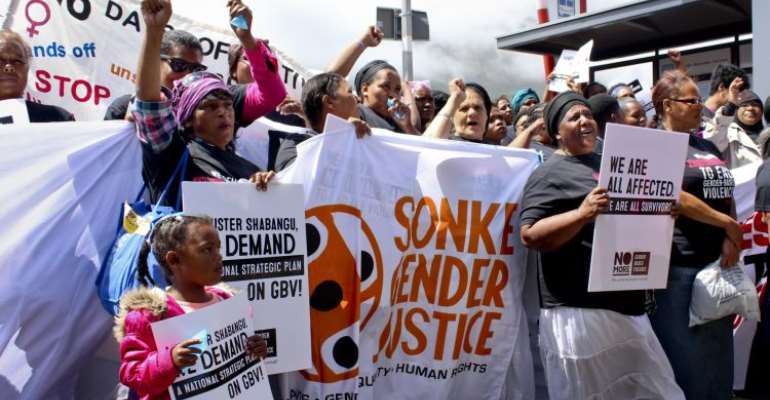 In response to President Cyril Ramaphosa’s address to the nation and hundreds who had gathered in Cape Town to protest against soaring gender-based violence and femicide rates in the country, Shenilla Mohamed, Executive Director of Amnesty International South Africa, said:

“Gender-based violence has reached undeniably alarming levels in South Africa. It is absolutely unacceptable that women feel they have to watch what they wear in public and be careful about where they are seen socialising, for fear that they may face violent reprisals including rape or even death.

“The time for sloganeering and politicking has passed. President Cyril Ramaphosa must now translate into action his vow that “enough is enough”. It’s nothing short of a national emergency that femicide and rape rates are increasing countrywide, and the government must act decisively to tackle these issues.

“This begins with ensuring that police officers are properly trained to sensitively and objectively investigate incidents of gender-based violence, including domestic violence. In order to ensure alleged offenders are brought to justice the government must also ensure that gender-based violence is taken seriously at every level of the justice system, including by challenging discriminatory stereotypes about victims and survivors.

“However, calls to bring back the death penalty, by some in society, are misguided and will not solve this problem. The death penalty is a symptom of a culture of violence not a solution to it, and there is no credible evidence that it has a greater deterrent effect on crime than a prison term. The government would do better to channel its resources to ensure the effective administration of justice through proper investigations into incidences of gender-based violence and fair trials for those accused of the crimes.”

Hundreds of people gathered outside parliament in Cape Town earlier today to register their voices against gender-based violence, after a University of Cape Town student, Uyinene Mrwetyana was found dead this week after she went missing. 39,633 rapes and 6,253 sexual assaults were reported in the country in 2017 alone.