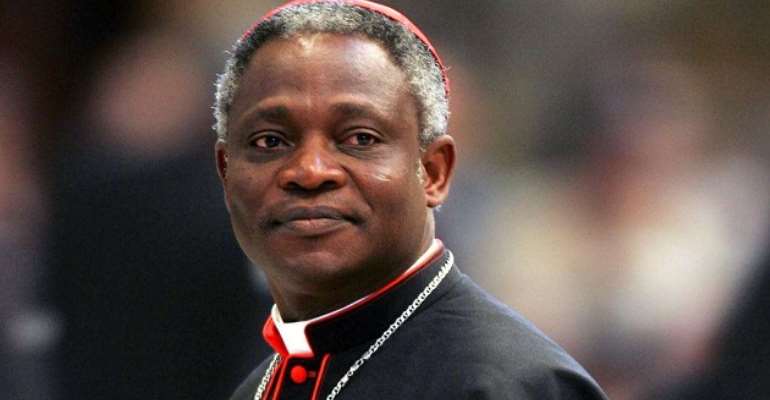 The Prefect of the Vatican Dicastery for Promoting Integral Human Development, Cardinal Peter Appiah Turkson says his outfit will engage the South African Catholic priests and government officials on how to end xenophobic attacks in that country.

The attacks have recorded a number of deaths, looting and destruction of shops, many of them foreign-owned, in South Africa’s commercial hub, Johannesburg.

The attacks have been widely condemned.

Speaking to Citi News, Cardinal Appiah Turkson urged the South African government to be mindful of the consequence of the actions of its people.

Cardinal Turkson who was in Ghana recently for the Kofi Annan Peace and Security Forum said when he returns to his office “we will speak to the Bishops in South Africa about what they can do to educate South Africans and to make them move away from this. It is primitive.”

“Our priests and bishops can also gradually begin to speak to South Africans and let them recognize that the world at this point in time is more fraternal and united than anything else,” he added.

There have been xenophobia-influenced incidents in South Africa over the past two decades.

The current unrest appears to be targeted at Nigerians in the country.

The development has prompted African governments to warn their citizens over the violence.

Nigerian President Muhammadu Buhari sent an envoy to South Africa on Tuesday to “express Nigeria's displeasure over the treatment of her citizens”.