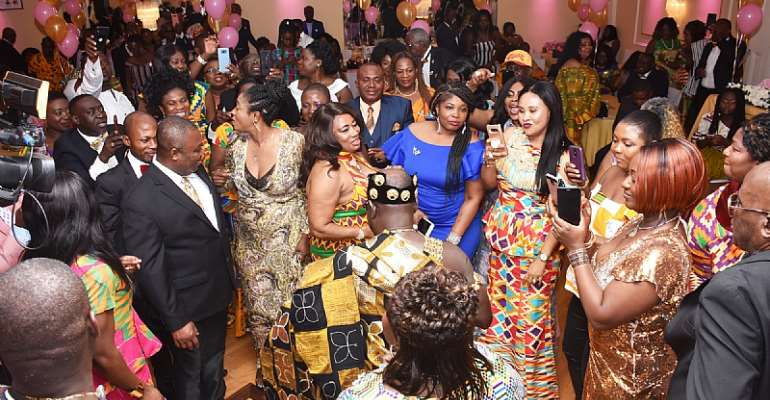 Agogo Worldwide Association (AWA) is the coordinating unit for Agogo Citizens in Europe (the UK and Continental Europe), USA, Canada and the rest of the world. One of our strategic objectives is to promote social and economic infrastructural development to improve the quality of life for the people of Agogo.

In pursuance of this objective, AWA organized a Fundraising Dinner Dance event in the Bronx, New York on August 24th, 2019.

In a keynote address, the president of AWA, Emmanuel Kofi Adu-Boahen, who is a Pharmacist by profession, reminded the participants of the self-reliance and the resilience of the people of Agogo and how much Agogo Citizens love their town.

He made it known that for the good thinking and good hospitality of an Agogo Chief to a Missionary called Ramseyer, Agogo got the Agogo Presbyterian Hospital, Agogo Nurses Training School, The Teacher Training College, and Agogo Girls Boarding School.

Agogo has relied on the citizenry for development rather than the Government of Ghana. AWA is, therefore, following the footsteps of the previous leaders as stated in the history of Agogo, to do their part so future generations will remember AWA as they have remembered those who came before them.

Mr. Emmanuel Kofi Adu-Boahen thanked all the participants of the event and especially those who donated generously towards the fundraising. Present at the event was the Queen Mother of Agogo, Nana Afrakomah Serwaa Kusi Oboadum, graced the event and thanked all for coming. The MP for Ashanti Akim North, Mr. Andy AppiahKubi, briefed the participants of the policies and developments in the District in general and Agogo in particular.

Also present was Honorable Kwadwo Baah Agyemang, former MP for Ashanti Akim North, along with Doctors, Pharmacists, Lawyers, Accountants, Nurses, Chairpersons of all the Chapters of Agogo Associations, and other business leaders from Agogo, who help make the event successful.