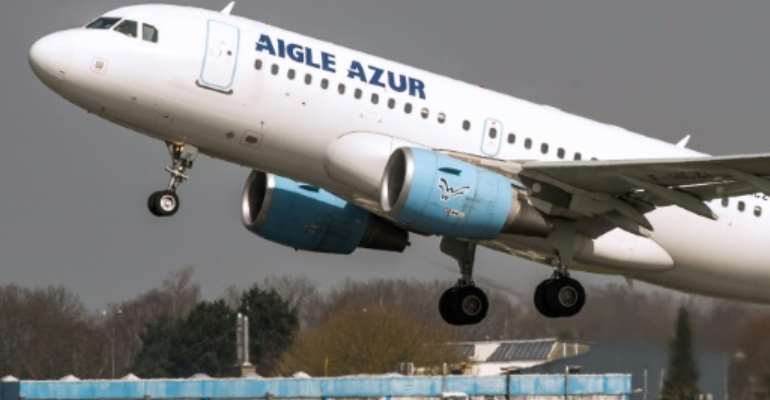 Aigle Azur, which was placed in receivership on Monday, will stop flying on Friday night. By Philippe HUGUEN (AFP/File)

France's second-largest airline Aigle Azur, which went into receivership this week, plans to cancel all flights starting Friday night as it seeks a takeover bid to save the company, according to an internal document seen by AFP on Thursday.

Aigle Azur had warned earlier that some flights would be halted and all ticket sales suspended from September 10, the day following a deadline for submitting bids to acquire the airline.

"The company's financial situation and the resulting operational difficulties do not allow us to ensure flights after the evening of September 6," according to a statement addressed to employees.

It said the company had been "forced to resort" to an "unfortunate option that puts out clients, our teams and our partners in great difficulty."

"The search for takeover offers is continuing actively," it added.

The airline had initially pledged to maintain operations after filing for bankruptcy protection on Monday, following years of losing millions of euros.

The move came after a shareholder coup ousted chief executive Frantz Yvelin last week, accusing him of making "strategic mistakes over the past two years."

Destinations in Algeria make up half of Aigle Azur's operations, and the company posted revenues of 300 million euros ($329 million) last year after transporting some 1.9 million passengers.

But it wasn't enough to stem heavy losses that last month prompted the airline to announce plans to sell its Portugal routes to low-cost rival Vueling.

Its shareholders are now hoping for a white-knight offer for the airline and its 1,150 employees, including some 350 based in Algeria.

The largest shareholder in Aigle Azur is the Chinese conglomerate HNA Group, which owns Hainan Airlines, with a 49 percent stake.