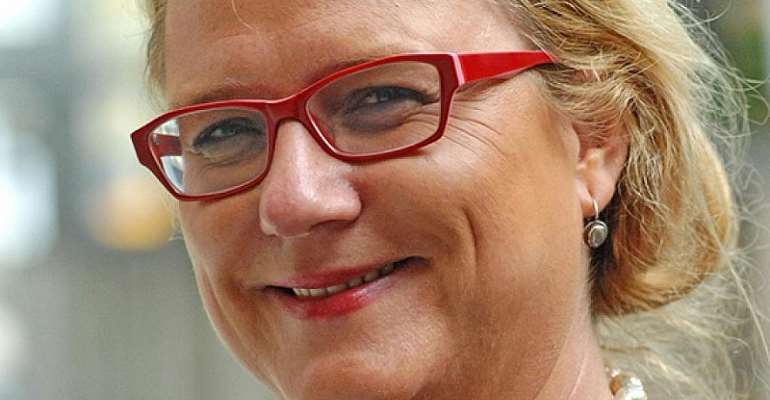 France's government this week unveiled its action plan to tackle domestic violence. It touches on themes discussed at the annual G7 summit in August, hosted by President Emmanuel Macron who made gender equality and tackling violence against women a key issue on the agenda.

“There's still room for improvement, but it was good to see that France really prioritized gender equality across the whole G7, not just at the summit,” said Katja Iverson, the President and CEO of Women Deliver.

Iverson, who is also a member of the Gender Equality Advisory Council, spoke to RFI about her participation in the start of consultations with President Macron on 23 August.

Dealing with violence against women is part of just one of the four key areas in the recommendations known as the 'Biarritz package' put forward by GEAC to encourage the G7 leaders to improve their legal frameworks.

The others include areas include educational and health, women's economic empowerment, and eliminating discrimination at large in public spaces.

Macron said he would create a special Biarritz 'partnership' with G7 nations to encourage members to "eliminate discrimination" and "fight for new rights and better practices."

“There are certain areas in which France is below par” admitted Macron “and we need to improve”.

“I promise to make an effort when it comes to legislation,” he told the press.

There is also the question of accountability, which Iverson says must not be underestimated.

“Let's make it clear that violence against girls and women is never a private matter. It is a public matter and requires state responses and accountability. So you cannot justify it by honour or passion or preservation of family or culture,” she says.

“That's why it's so important what's happening in France, it is a bedrock of gender equality to have the legal frameworks in place,” she adds.

The pair were joined by other government ministers on Tuesday to launch the Forum on Partner Violence (Grenelle des Violences conjugales), a two-month long consultative process involving civil society and public services.

"Domestic violence is not about a couple sharing the blame for a dispute; it's more often than not a process of gradual sexist submission, embedded in our mentality and way of life, that some men are used to going unpunished,” said Prime Minister Edouard Philippe at a the press conference on 3 September.

The Prime Minister announced ten new measures to be put in place to help women in situations of violence from a hotline, extra safe house placements, and better training for the police.

France has seen more than 100 femicides--  women who have died at the hands of their partner or ex-partner since the beginning of the year.

“We do see, when we have more women in political power at all levels, gender equality is better, education and health is better. So one of my worries is that if there are not enough women in power, who can use that power to help other women, it won't happen,” she says.

"We at Women Deliver and at the Gender council continue to push the G7 leaders and others to do more and do better, let money follow the words and action of course and then encourage the countries to join the Biarritz partnership and really use 2020 to move the needle and step it up for gender equality.”

The first GEAC was established by Canadian Prime Minister Trudeau under the Canadian Presidency of the G7 in 2018, and a committee was convened to continue the work by President Macron this year.

Co-leading the GEAC participants this year were Nobel peace prize winners Nadia Murad, an Iraqi woman from the Yazidi minority, and Denis Mukwege, a gynecologist from the Democratic Republic of Congo.

'We can't complete all E-blocks at once; we came with our ow...
2 hours ago