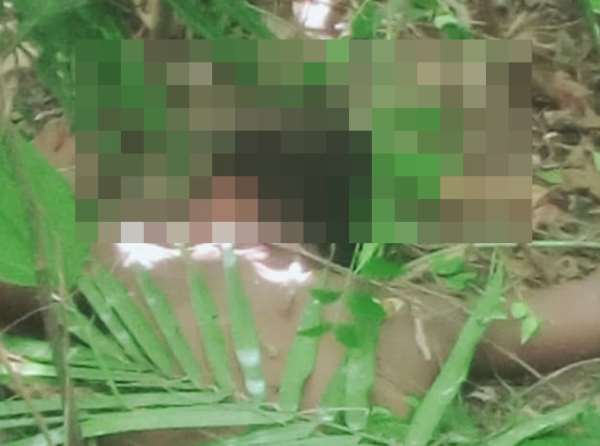 The Ghana Police Service has confirmed the abduction, killing and dumping of a 7-year-old girl, who was sent on an errand by the mother on Monday evening at Nyive-Ghana, a village in the Ho municipality and found along the Ghana-Togo boarder.

The mother -Serwaa Abaloo, after waiting for the return of the daughter, few minutes after she sent her on an errand, followed to find out why the young girl didn't return on time.

She told journalists on Wednesday that, "I sent her on an errand but it took her too long to return, so I followed to the place (within the vicinity), and was told mummy (the victim), came but had left for the house."

The mother upon reaching home realized the young girl didn't return, thus began searching for her throughout the neighborhood, with the help of some relatives but didn't find her; a search that lasted till 2 am on Tuesday.

"I came back home and she was still not home, so I began looking for her around until I became frightened and informed my sisters and the father, who came to join me search for her," she added.

She explained that on Tuesday morning, after reporting the missing of her daughter to the elders of the community, she proceeded to Ho to report the matter to the police.

But about 8:30 am, she received a call to return to the village and only came to meet the news of the dead remain of her daughter being found at a nearby dumpsite.

A search conducted by the police in collaboration with some youth in the community on Wednesday, led to the discovery of waist beads worn by the deceased in the room of one Fofo Amedo (a close neighbour), with bloodstains on the floor of the room and a small container, the deceased was reportedly holding while on the errand.

The distraught mother wants justice for her daughter, who she described as an 'innocent child' that she has laboured, and hoped to see grow into a better person in the future.

Corporal Prince Dogbatsey, PRO of the Volta regional command confirmed the incident and assured the public that the police administration, is doing everything possible to arrest the suspect, who has since been on the run.

He urged the public to desist from entering such crime scenes in order to reduce the tendency of distorting the investigation processes.