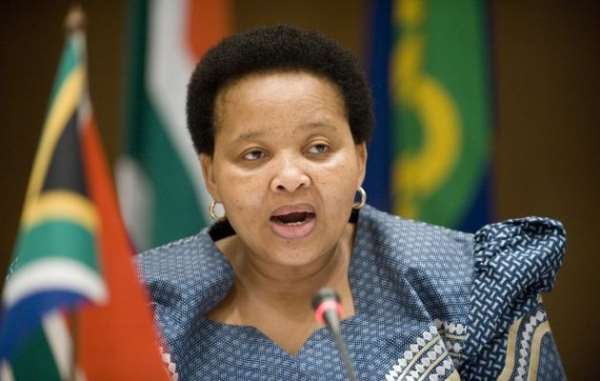 In a fresh twist to comments made by the South African High Commissioner to Ghana Lulu Xingwana; Pan - Africanist Kwaku Aboagye boampong is calling for President Nana Akufo Addo, to repatriate the high commissioner back to her country within the next 24 hours.

The high commissioner stated in an interview with Starr FM that the tag of Xenophobia on South Africans was unfair and would rather relate it to criminal acts perpetrated by poverty and unemployment stricken South Africans.

She charged African countries to channel their attention to creating favourable economic conditions for their citizens to make migration to other countries, unattractive.

Responding to these comments, Mr. Boampong contended that South Africa has been treated with kid’s gloves emboldening them to make unguarded statements about an issue as sensitive as Xenophobia.

Speaking to host Julius Caesar Anadem on the Ultimate Breakfast Show, the Pan - Africanist insisted that the possibility for such atrocities to be committed on other nationals demonstrates a clear lack of commitment by South African Authorities to deal with errant black natives.

“If we had serious leaders on this continent, the first thing they must all do, not only the president of Ghana, they must sack all the South African Ambassadors in their countries within 24 hours. They must leave here immediately if we really want the South African government to work. When they get there, their government will work,” He fumed.

He explained, “The government of South Africa knows everything that is happening but the reason why they are not acting is that it serves their interest. Now the failure of the government to take their lands for them is being blamed on the Africans who go to live in South Africa. It only shows that they don’t have a clear understanding of their history

“The people who are responsible for exploitation and poverty in your country is not your fellow African who is there struggling with you and the government’s responsibility is to expose all of that and arrest the criminals. The president of South Africa cannot run away from blame. His government is a hundred percent responsible for what is happening and ANC must recognize how Africa bled to support the country.” Mr. Boampong added.

Black South African natives have for the past two weeks taken to attacking foreign businessmen, looting, burning and vandalizing of shops in fresh xenophobic attacks.

Meanwhile, the number of arrests made by South African Police has risen to about a hundred and eighty persons caught in connection with the violence.